Ford will also build new vehicle modification and training centres to ensure all Ford employees have the required knowledge and skills to use the latest technology. 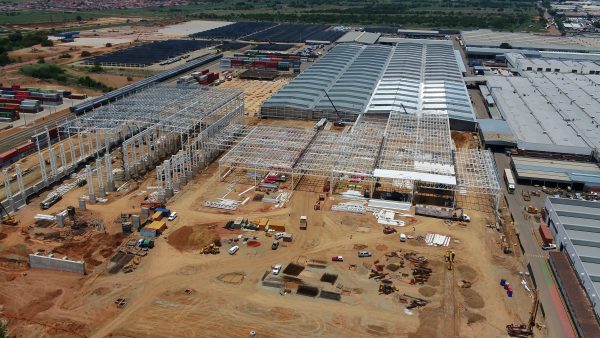 The Ford Motor Company is making its biggest investment in the company’s 97-year history in South Africa, with an investment of R15.8 billion in its local manufacturing operations.

It is also one of the biggest automotive investments ever made in the South African automotive industry and will boost Ford’s production capability and create 1200 new jobs.

“This development presents a perfect opportunity to use our country’s comparative and competitive advantages to accelerate industrialisation. These advantages include a well-developed automotive industry, with advanced manufacturing capabilities, an appropriately skilled workforce and access to growing markets,” President Cyril Ramaphosa said at the Silverton assembly plant where the investment was announced.

Ford’s Silverton assembly plant is expected to generate revenue exceeding 1.1% of South Africa’s gross domestic product (GDP), with the annual installed capacity increasing from 168,000 to 200,000 vehicles to support production of the all-new Ford Ranger pickup truck, as well as Volkswagen pickup trucks – as part of the Ford-VW strategic alliance.

ALSO READ: Ford Ranger-based next Volkswagen Amarok will be made in South Africa

The creation of 1200 incremental Ford jobs will increase the local workforce to 5500 employees and add an estimated 10,000 new jobs across Ford’s local supplier network, bringing the total to 60,000.

The overall investment of R10.3 billion for extensive upgrades to the Silverton assembly plant will include a new body shop with the latest robotic technology and a new high-tech stamping plant to modernise and streamline the integrated manufacturing process.

Ford will also build new vehicle modification and training centres to ensure all Ford employees have the required knowledge and skills to use the latest technology. As part of its investment, a new Ford-owned and operated chassis line in the Tshwane Automotive Special Economic Zone (TASEZ) will also be built.

“The extensive upgrades and new state-of-the-art manufacturing technologies will drive efficiencies across our entire South Africa operation – from sequenced delivery of parts direct to the assembly line, to increased vehicle production line speeds and precision of assembly to ensure the world-class quality that our customers expect,” said Andrea Cavallaro, director of operations at Ford’s International Markets Group.

The new investment adds to Ford’s Project Blue Oval renewable energy project to use 100% locally sourced renewable energy for all its manufacturing plants by 2035 and achieve carbon neutrality by 2050. The first phase has already started with the construction of solar carports for 4200 vehicles at the Silverton plant.

Ford also is working closely with all three spheres of government and relevant state-owned entities such as Transnet, to develop the Gauteng-to-Eastern Cape High-Capacity Rail Freight Corridor, a full-service line linking the Silverton assembly plant and the TASEZ with Port Elizabeth, home to Ford’s Struandale engine plant and the Coega Special Economic Zone.

Ramaphosa pointed out that the Special Economic Zones (SEZ) programme had managed to attract R18.6 billion worth of private investment from 136 operational companies since its inception in 2014.

“An additional 99 investment expressions of interest by companies, worth R48 billion, are currently being considered. The SEZ programme is playing a very significant role in supporting the implementation of the country’s economic reconstruction and recovery plan, which was launched in October last year to respond to the economic impact of the pandemic,” he said.

Ford has helped to attract 12 automotive component suppliers to the value of R4.33 billion and the three spheres of government are working together to accelerate the construction of 12 factories for these investments.

“The $1 billion investment announced today by the Ford Motor Company of South Africa is a clear statement of the company’s confidence in this development and its ambitions for its South African business. It is testament to the collective efforts of government, business, labour and communities in building sustainable local economies,” Ramaphosa said.

WATCH: Not pig but bird as Ford confirms Raptor for Bronco
6 days ago
6 days ago

WATCH: Not pig but bird as Ford confirms Raptor for Bronco
6 days ago
6 days ago