Sasria CEO: We are liquid and ready to honour SA riot claims

'The damage we have seen over the past week will run into billions and insurance cover will cover some of the cost,' says the state insurer's chief. 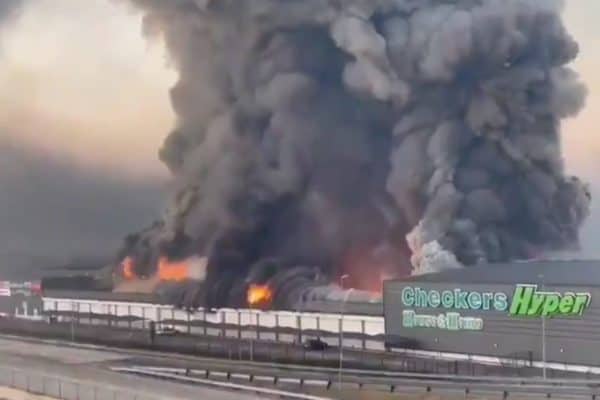 Sasria is liquid and ready to honour claims, the state-owned insurer – responsible for paying out claims linked to the unrest and looting in the country, said on Friday after Business Unity South Africa (Busa) claimed that it would not have sufficient resources to pay compensation for all the damage caused.

Cedric Masondo, chief executive officer (CEO) of Sasria, said in a statement that Sasria, the only short-term insurer that provides special risk cover to all individuals and businesses that own assets in South Africa, as well as government entities, has never experienced riots, violence and looting of this magnitude in its history of 42 years.

“We have been deeply concerned since the outbreak of these riots. We are hard at work attending to the concerns raised by our clients and are attending to the claims we have received to date. We would like to assure our clients, partners and stakeholders that our internal systems, curated to respond with the necessary agility, are ready.”

He added that Sasria was working very closely with other insurance companies to ensure that the payment of claims that have started coming through, especially from individuals and small businesses, are fast-tracked.

“Although the assessing work has started urgently, it must be noted it is still unsafe to travel to some of the hotspots. That means the assessments would take time, especially the big claims and we ask everyone to be patient.”

Masondo encouraged clients to follow the normal claims process and submit their claims through their insurers or brokers.

He said at this stage, the full value of Sasria claims as a result of the riots had not been determined as most claims have not been reported yet.

“We anticipate we will have a clearer picture in about two months’ time once all claims have been reported and investigations and quantification have been completed.”

He said Sasria management had started engaging National Treasury, as well the Prudential Authority, about possible solutions should the worst-case scenario in terms of the value of the damages materialises.

While Sasria has confirmed that it has sufficient cash reserves to honour insurance claims resulting from the current civil unrest, Auto & General Insurance has decided to fast-track these claims to help its customers recover faster.

“Auto & General will make interim payments to help our customers get back on their feet while they wait for their Sasria claims to be finalised,” said Ricardo Coetzee, head of Auto & General Insurance.

“This is an unprecedented move to help rebuild South Africa and applies to claims submitted by both business insurance and personal lines insurance customers.”

Insurer Santam said that by close of business on Wednesday, it had already registered 21 motor and 167 non-motor Sasria claims, but could not provide a monetary amount as the loss adjustors must still determine the extent of the loss for each claim.

In a statement, Santam also promised to engage with Sasria to ensure that these claims are handled as quickly as possible.

ALSO READ: The spirit of Ubuntu will triumph as SA rebuilds