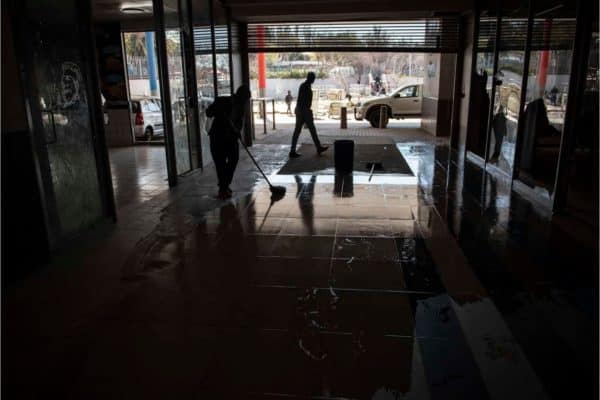 The sharp rise in deaths as a result of illicit, home-brewed alcohol is deeply concerning to the National Liquor Traders (NLT), its convenor Lucky Ntimane expressed in a statement on Wednesday.

19 people recently died in the Eastern Cape after consuming the illicit tonics, ostensibly brought on due to the continued ban of on and off-site alcohol sales and consumption.

The most recent saw two women lose their lives in Ntabozuko.

“Such tragedies must surely put the spotlight on the spiralling destruction wrought by the ill-thought-out ban on the liquor trade. Increasingly, we see the devastating consequences of the government’s heavy-handed approach to the Covid-19 pandemic.”

In addition to the illicit alcohol deaths, Ntimane said taverns and alcohol sellers had been hit hard by the recent widespread looting and unrest in Gauteng and KwaZulu-Natal, with more than 230 alcohol sites in both provinces destroyed.

Much of the looted liquor finds its way into illicit concoctions, Ntimane said, which is being produced “on a large scale”, and now appears to be a regular staple in communities.

“To that, you must now add that pharmacies were looted and into the mix will go cough medicines and who knows what other additions,” he said.

The police and the Eastern Cape Liquor Board’s efforts in raiding more than 250 legal tavern owners in the province would have been more commendable if illicit and illegal traders were targeted, Ntimane continued.

Give us scientific reasoning

The country is currently experiencing its fourth alcohol sales ban, which Ntimane said had still not been backed up by any science by the Covid-19 ministerial advisory council (MAC).

“We again ask the government to sit down and discuss with us sensible and effective measures to curb the coronavirus pandemic.

“Repeatedly, the government has resorted to outright bans on alcohol sales without providing any scientific reasoning.”

ALSO READ: ‘The looting started with booze and then expanded’

In addition to the rising death toll as a result of illicit alcoholic concoctions, Ntimane said more than 200,000 jobs were on the line due to the latest ban, with the sector losing more than R8.8 billion.

This translates to a R5.3 billion loss in potential tax revenue and a R2.2 billion loss in excise taxes, which would have poured a significant amount of funds back into South Africa’s limping economy, Ntimane said.

Fears that vandalism and unrest could erupt again were also raised by Ntimane, who pleaded with the government to look for “effective and reasonable solutions that address livelihoods and lives”.