Two-thirds of the Rangers produced are exported to more than 100 global markets, including Europe where it is the top-selling pickup. 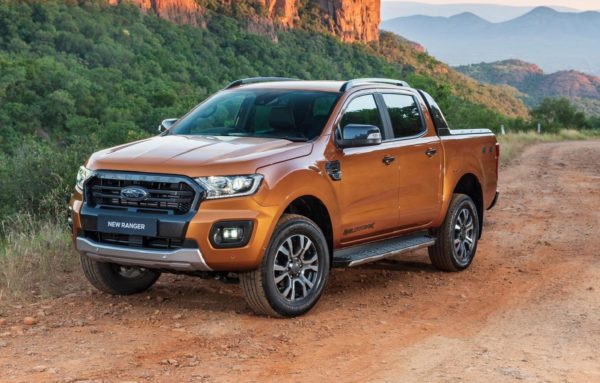 The Hilux's arch-rival, the Ford Ranger, rated as the top-selling used vehicle of last year.

Ford South Africa is adding over 1,200 jobs at its Silverton Assembly Plant as part of its modernisation and expansion plans.

The local workforce has been increased from 4,200 employees to approximately 5,000, along with an additional 440 jobs at the plant’s on-site service provider.

This takes the total Ford employees at the Silverton facility to over 4,100, with 850 people employed at Ford’s Struandale Engine Plant in Gqeberha.

The addition of a third shift for production of the Ford Ranger pickup vehicles increased its workforce by 750 employees, to a total of approximately 5,000, and a further 440 jobs added at the company’s on-site service provider.

Extra shift supports expanded production of the current Ranger and is readying the plant for the next-generation Ranger pickup, starting next year.

The first phase of Ford’s $1 billion (R14.2 billion) investment has been completed with extensive upgrades and the latest technologies to the Ranger assembly line to improve efficiency and quality.

“Our key objectives with the $1.05 billion investment in the Silverton Assembly Plant and our supplier facilities are to expand our production capacity and to introduce the most advanced technologies and systems as we modernise our manufacturing operations to bring them in line with the best in the world,” said Ockert Berry, vice-president of operations at Ford South Africa.

When the next-generation Ranger is launched in 2022, the facility will have an annual installed capacity for 200,000 vehicles – nearly double the 110,000 units it was capable of when production of the current Ranger pickup began in 2011.

The Silverton plant’s assembly line has since undergone an extensive transformation, including wide-ranging upgrades to modernise the facility, enhance efficiency and improve production quality.

Existing and new Silverton Assembly Plant employees and suppliers have undergone extensive training to facilitate the smooth transition and implementation of the new technologies and systems.

Additionally, Ford is constructing an all-new body shop and stamping plant at the Silverton site and a new in-house frame line in the adjacent Tshwane Automotive Special Economic Zone.