The Karpowership proposal has met with fierce resistance – from environmentalists to energy analysts, and even reluctance from Eskom. 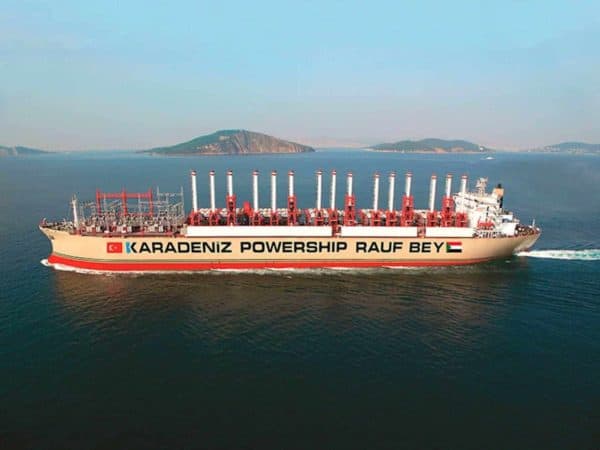 With the September 30 deadline for financial close looming for controversial electricity generator Karpowership SA’s deal with the South African government, energy regulator Nersa kicked a hard discussion about the its generation licence down the road.

Karpowership, a subsidiary of the Turkish Karadeniz Energy Group, was selected as one of the preferred bidders in the Department of Mineral Resources and Energy (DMRE) Risk Mitigation Independent Power Producer Programme (RMIPPP) in March.

This programme is aimed as an emergency intervention in the current electricity supply shortage and the projects are supposed to come into operation around August next year to end load shedding.

When DMRE Minister Gwede Mantashe announced the first preferred bidders in March he set the “non-negotiable” deadline for financial close at the end of July.

As the date drew closer, it was clear that the bidders would not be able to overcome several challenges in time and the deadline was shifted to the end of this month – 13 working days away.

Karpowership SA proposes generating a total of 1 220 megawatts (MW) of electricity on three floating power stations with a floating storage and regasification unit each, in the harbours of Saldanha, Richards Bay and Ngqura.

This constitutes a major share of the 2 000MW scope of the RMIPPP.

It requires approval from the Transnet National Ports Authority, which is in the process of being corporatised as a subsidiary of Transnet amid serious concerns regarding its legal status.

The Karpowership proposal has met with fierce resistance – from environmentalists who object to the use of fossil fuels and are concerned about the impact of the operations on marine life, as well as energy analysts who have questioned the wisdom of the 20-year power purchase agreement that would be concluded with Eskom.

Eskom’s board is reportedly also reluctant to sign such an agreement.

Critics also question the fact that the major infrastructure built – the floating units – will be lost to South Africa at the end of the 20 years as Karpowership will simply be able to take them to another harbour elsewhere in the world.

While Karpowership’s proposed unit tariff seems to compare favourably with that of other bidders who rely heavily on renewable energy, it will fluctuate with the international gas price as well as the rand/dollar exchange rate.

This poses a huge risk to the consumer, who will ultimately have to pay for the energy through power purchases tariffs.

The company has already faced some headwinds, with the Department of Environment, Forestry and Fisheries first reversing its environmental approval and then, after a review, declining it.

Karpowership has appealed, but it is not clear when the appeal process will be concluded.

A competitor, DNG Energy, has challenged Karpowership’s selection as preferred bidder in court.

DNG, which was disqualified, made allegations of corruption in the procurement process and hopes to replace Karpowership as preferred bidder.

The North Gauteng High Court this past week postponed the case until November.

Energy expert Chris Yelland this week expressed his doubt whether the Karpowership projects can reach financial close before the court application has been finalised.

Against this background members of Nersa this past week differed sharply about the approval of Karpowership’s licences to generate electricity.

Licence applications from seven of the preferred bidders were served before Nersa’s electricity sub-committee on Wednesday (September 8).

This committee normally deals with electricity matters on the basis of reports prepared by Nersa staff. They then make recommendations to the Energy Regulator meeting for final decision. Some of the members serve in both structures.

While the committee had no objections against the other applications, Nomfundo Maseti, full-time regulator member for piped gas (who also previously acted as member for electricity for an extended time), asked whether Nersa could entertain the Karpowership application while other approvals are still outstanding.

She pointed out that Karpowership has not yet obtained a gas licence and therefore the source and price of the feedstock is still uncertain. She also referred to the outstanding environmental and harbour approvals and uncertainty about the conclusion of a power purchase agreement.

Maseti asked for clarity about the sequence of regulatory approvals and Nersa’s role in the matter.

“Are we putting the cart before the horses?” she asked.

She emphasised that the Electricity Regulation Act requires the applicant to show its ability to generate power in terms of the licence it applies for and the plan showing how it will do so.

She also asked about an earlier legal opinion Nersa got from senior counsel stating that the regulator must have the information it bases its decision on before it when taking the decision.

Although less vocal, some of the other regulator members had the same concerns.

Nersa must stick to its mandate

He said while a number of regulators have to give different approvals, Nersa should stick to its mandate and leave the other matters to those regulators.

“That is the guidance I gave to the team [of officials]”, he said.

He added that the South African environment is extremely difficult for investors. They need the generation licence approval to obtain finance and Nersa should not add to their difficulty.

Gumede said the gas supply will follow once the demand has been created by the Karpowership projects.

Nersa’s internal legal advice supported Gumede’s position and the committee was advised that Karpowership had shown that it made the necessary applications to other regulators.

Maseti eventually agreed to support a positive recommendation regarding the Karpowership applications to the regulator, provided that the legal opinion she referred to is be made available at the meeting.

It is not clear when the regulator meeting will be scheduled.

While it is usually close to the end of the month, an earlier special meeting may be scheduled in light of the looming financial close deadline.