Global leading appliance company, Arçelik, is committed to sustainable development while reaching African consumers with products designed with them in mind The global leading consumer durables and electronics manufacturer Arçelik is expanding its portfolio in southern Africa by adding Beko, leading freestanding home appliances brand in Europe in the white goods sector and no.1 large home appliances brand in the UK, to its local portfolio. Brands under the Arçelik umbrella in South Africa now include Defy, Grundig and Beko. Beko will be launched in South Africa at stand-alone stores in Johannesburg and Durban, with significant further investment planned.

With middle class consumers the primary target market for Arçelik’s products, the group’s plans show that despite the economic slowdown wrought by Covid-19, there is still a robust appetite for home appliances.

Arçelik currently employs more than 2 700 staff in South Africa, with two manufacturing facilities, and is the largest manufacturer of major domestic appliances in sub-Saharan Africa. Arcelik have made a R1.3b investment in Defy Appliances since 2011 and will invest a further R1 billion over the next 5 years with the inclusion of Beko to the market.

“Arçelik’s growth strategy is to expand into regions where the middle class is growing exponentially. We see huge economic growth potential in Africa, and it is at the forefront of our expansion plans. This is why we have already made significant investment in the continent, for example, our purchase of Defy in 2011, and we are continuing to invest and grow our business in this region,” said Rajan Gungiah, Beko Regional Marketing Director, Sub-Saharan Africa.

Beko plans to open an additional eight to ten stores over the next three years, which will be operated by local business partners, and will also sell through premium independent retailers. As the local business grows, it will create jobs within warehousing, logistics, sales, marketing and services. Eventually, Beko also plans to start manufacturing locally within time which will further create employment. As a pioneer of technological transformation, Beko uses digital learning tools and a social learning platforms to train and develop employees.

Arçelik’s purchase of Defy was the largest industrial investment yet made from Turkey into Africa. Following this acquisition, the group has invested significantly in manufacturing facilities, product range, quality and design, and is increasing vertical integration in key markets. Based on this strategy, Arçelik now has assembly lines in Sudan and Ethiopia to support distribution in those countries. Beko is already available in 20 African countries, including Nigeria, Kenya, Rwanda, Mauritius, and many others.

Beko’s focus has been on making healthy living convenient for consumers via a wide range of appliances supporting families to make healthy choices. It has broadened its brand mission to recognise that healthy living is only possible on a healthy planet and is committed to protecting the earth by designing and manufacturing energy-efficient products and investing in resource efficiency in production. It encourages competitors to follow suit.

“We work hard to contribute towards a healthier planet by developing products that reduce waste. As a responsible manufacturer, we are acutely aware of the challenges the region faces, including energy and water scarcity. We firmly believe in the potential of this continent and are responding to these issues by investing in appliances that are designed with Africa in mind,” said Gungiah.

Arçelik has invested strongly in renewable materials and has committed to ambitious targets for greenhouse gas reduction. For instance, it has developed all-biological polylactic plastics with high temperature and degradation resistance, as well as bio-based hard polyurethane foam insulation material, which are already being used in some products, and in a solar fridge for markets with an uncertain power supply. In another innovation, fishnet material is used for oven doors and display covers.

Arçelik’s vision is “Respecting the World, Respected Worldwide.” Arçelik’s global production operations were carbon neutral in 2019 and 2020, and its targets to reduce greenhouse gas emissions are approved by the Science-Based Targets Initiative. The company has committed to reducing Scope 1 and 2 emissions by 30% by 2030, compared to a base year of 2018. Additionally, it has set scope 3 commitments based on the International Energy Agency’s greenhouse gas emission factor projections. This target aligns with the scenario to keep climate change to under 1.5 degrees worldwide, and challenges competitors to follow suit. As a result, Arçelik is the most sustainable company in its sector and was included in the Corporate Knights Global 100 Most Sustainable Companies and was named the world’s most sustainable appliance manufacturer by the Dow Jones Sustainability Index.

Beko’s innovations include a microfibre filtration system for washing machines that collects fibres released during the washing cycle – a world first. This filter collects up to 90% of fabric microfibres which otherwise would leak into water resources. Food preservation technologies like their EverFresh+ refrigerators that regulate temperature and humidity controls to minimise condensation in your crisper, keep fruit and vegetables fresh for up to three times longer so healthy ingredients are available whenever you need them.

Consumers can experience this technology at Beko’s first two stores, located at the Design Quarter in Fourways, Johannesburg and The Crescent Umhlanga Ridge, Durban.

To find out more about Beko visit www.beko.com/za-en. 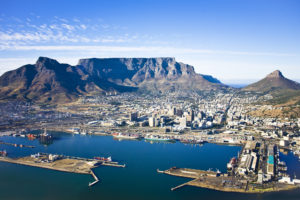 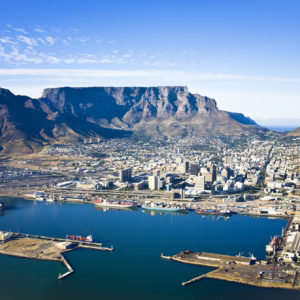 South Africans are truly fed up with country's metros, survey reveals
2 days ago
2 days ago

South Africans are truly fed up with country's metros, survey reveals
2 days ago
2 days ago