Several countries, including India, China and even Germany and the UK, presently do not have enough coal or gas, while South Africa also has power outages. 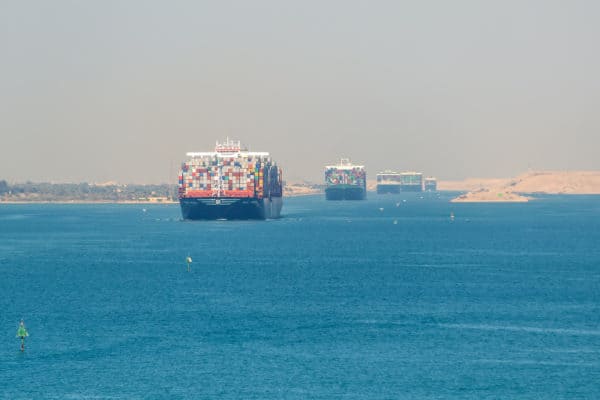 The global supply chain is broken and it will impact South Africans, especially where medicine is concerned.

Covid-19 has triggered a black swan moment and factories do not get supplies, the number of containers increased faster than the number of ships and there is a shortage of fuel and gas.

A black swan event is an unforeseen event, such as Covid-19, that has a low probability to occur but if it does, it causes substantial disruptions to a supply chain, Alicia Weber from the department of applied management at the Unisa college of economic and management sciences, wrote recently in her research article about responding to supply chain disruptions caused by the pandemic.

Economist Mike Schűssler says the broken global supply chain problem is big, with containers delayed for as much as five weeks, when the loading as well as unloading delays are added up.

“Some factories around the world have to wait for supplies and that adds to delays, as some goods are not manufactured on time.”

Complex goods – such as cars, appliances and big smart toys – can be delayed even longer than five weeks, for two or even three months, he says.

“Other goods, such as medicine, are also delayed, partly due to supply chain problems, but also manufacturing issues.”

What happened to the global supply chain?

Several countries, including India, China and even Germany and the UK, presently do not have enough coal or gas, while South Africa also has power outages.

He points out that the number of container ships increased by about 10% in the past 10 years, but container through-put increased far more by 39.2% – about four times the rate of new ships.

Port hours have not increased much and the number of cranes increased by only about 7%. Places such as Durban also experience a shortage of tugboats to bring container ships into the harbour.

In addition, due to Covid, merchant fleet staff were at sea for close to a year and need time off as they were not allowed onshore during Covid. Many of them no longer see it as a way to make a living.

The “green policy” has also meant that ships have to travel at 14 sea miles per hour to save costs and lessen pollution, but that means that ships take a day or three longer to reach their destinations. Backlogged goods also have an impact.

Covid made the broken supply chain even worse

Schűssler says Covid-19 left ships uncoordinated, with containers stashed in places where they should not have been left. Containers were also reduced as owners did not believe the demand for trade would be so strong.

“Covid also delayed goods at borders, with two weeks delays at Beit Bridge and eight days at the Lebombo border post to Mozambique, as well as harbour delays in Durban. The same applies to ports on the west coast of America and the east coast of China.

“That means that more containers are on the road, leaving fewer containers to load with new goods. America and Africa are estimated to have the longest delays at present, with around three weeks, followed by East Asia and South Asia with a delay of about two weeks.

In addition, everyone working in a harbour has to be tested for Covid, while goods sometimes have to be sanitised, which also adds to the delays. Unions also refused to work overtime on the west coast of the USA.

Nearly all the ports globally are congested. Schűssler says ports in China have power problems as well as congestion, while factories have to work around the clock to make up production and then halt again due to supply chain worries.

“It is a very complex system that results in waves of deliveries and waves of stoppages.

“We have serious problems. Some goods will be out of fashion when they arrive or Christmas toys will arrive after Christmas. In South Africa we no longer have enough warehouses and security is a problem, which means that our supply chain problems may take longer to solve.”

In Europe, problems with Brexit added to the broken supply chain because trucks must now be cleared by customs which added delays with its own knock-on effects. In some cases, Germany and France were worried about the work permits of English truckers.

“South Africa has enough truck drivers, but border delays mean we need more for this time, but truck delays at our ports are also a problem. Durban is a mess and was one even before the looting and riots.”

Schűssler says the broken supply chain is a mess that is going to take time to fix.

Schűssler says South Africans should get ready for shortages and he is particularly worried about medicines.

“You can wait a month for a car, but not for some medications. Complex health instruments, such as robots and lasers will also be delayed.”

He also expects food delays, but these will be more due to crop failures and should be shorter. “However, the main concern is containers as food is often bulk orange juice, maize and wheat, but the actual tin that the cake is baked in may be the problem. For food it will be the speciality complex goods, such as say protein shakes.”

The broken global supply chain can affect our shopping on Black Friday and for Christmas.

“In America they expect a toy shortage as most toys are made in China and we could expect the same here. Not so much the small everyday toys, but rather PlayStation, Xbox, mini cars and other toys with chips or complex manufacturing.”

The price of shipping is also increasing, with containers from China to the ports in the west increasing tenfold and now costing $1800 per container for rental. In other places, overall container rental prices are up four times over the last year, he says.

“The worldwide Harper Index was below 500 in May last year and is now close to 4,000 – an eight-fold increase on the average per container. This index is in dollar, although, like any index, it does not translate into dollar and cents but rather like the inflation index shows the actual trend.”