Sell it or bury it - those are Mango's two options. 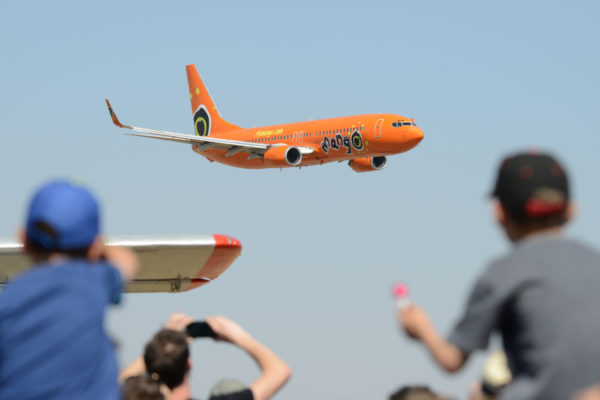 Budget airline Mango's business rescue plan is more about selling off a headache or finally burying the problem as the SAA dictated, revised plan was approved by creditors. Picture Supplied.

Budget airline Mango has been hung, drawn and quartered.

Now the plan says that there are two options, wind-down or sell, and March 2022 is understood to be the deadline for an investor to come on board.

Sell it or bury it

Mango’s initial business rescue plan included the restart of operations by this month.

The original plan, scuppered by SAA and ultimate shareholder the Department of Public Enterprises, made provision for a resuscitation of the business.

In a letter demanding that the R819 million bailout from government not be applied to working capital, SAA effectively signed Mango’s death sentence.

In a short statement, SAA said: “According to the business rescue practitioners, the process to secure a successful bidder, inclusive of concluding the relevant acquisition agreements, is anticipated to be completed by the end of March 2022.”

In November correspondence to SAA, Sono defended the initial business rescue plan that intended to save Mango by resuming operations, and said his understanding had always been that it was the intention to get back into business.

In a statement issued after the adoption of the do-or-die plan, Sono now noted how pleased he was at the nod to find funding or close its doors. Many clients listed on Sono’s Opis Advisory website are state-owned.

According to a business rescue explainer document published online by Werksman’s attorneys, the aim of business rescue is to “restructure the affairs of a company in such a way that either maximises the likelihood of the company continuing in existence on a solvent basis, or results in a better return for the creditors of the company than would ordinarily result from the liquidation of the company.”

The initial proposed plan may have answered this requirement but in the SAA approved plan there is no restructure bar retrenchments, just selling off what remains of the tattered and tainted asset, or liquidating Mango.

Not an unfamiliar tale

State-owned aviation has seen this before. In 2019, SA Express faced a similar fate.

The defunct airline was bailed out with R1.2 billion, but the money was ring-fenced to settle debt, and not a penny was allocated towards working capital.

Rand Merchant bank then pulled the plug on its overdraft and poof, gone was another headache to the State.

As with Mango, business rescue for SA Express also started months after it reached boiling point, there were a few failed purchase transactions, and it was finally liquidated this year.

In an update letter to its members seen by The Citizen, labour’s tone has become informational. Its fight has been extinguished after months of effort by staff trying to save the airline.

Mid-year unions took Mango and its shareholders to court to force the airline into business rescue after a year of stop-start operations, several groundings due to non-payment of bills and allegations of trading recklessly, evidenced by Board correspondence with its executive and Public Enterprises, also seen by The Citizen.

After more than a year’s uncertainty and sacrificed pay, Mango employees have now had enough with two-thirds, opting for voluntary severance packages, leaving a dearth of skill behind.

Whoever buys Mango now buys an empty shell with almost no human capital, institutional memory or tangible assets, only an engine worth R100 million.

The route rights and Airline Operating Certificate are the only assets that remain, but the former may be forfeited, as the licensing council may take back routes that are not being operated, and award them to another airline.

But then again, there has been no sitting International Air Services Licensing Council since March this year.