Another hotel listing for property investors

Yet another property listing will make its way to the JSE, this time specialist UK-focused hotel fund International Hotel Group. The Luxembourg Stock Exchange-listed group will seek a secondary listing on the JSE’s AltX where it eyes a debut on October 14.

International Hotel focuses on hotel properties in the UK and other European countries, where it seeks to invest in established hotels and embark on developments.

A successful listing of International Hotel will bring real estate listings on the JSE to six so far this year. Arrowhead’s Properties Indluplace Properties, New Frontier Properties, Lodestone Properties have all listed on the local bourse this year.

On Wednesday, UK-focused Capital & Regional listed on the main board and property developer Balwin Properties will list on October 15. In the past two years the real estate sector has seen a listing boom, as 32 companies have gone public.

The hotel counter will embark on a private placement with a view of raising up to R247 million by placing 12.3 million shares at £1 (R20.55) per share.

Redefine International CEO Mike Watters recently told Moneyweb that it won’t be able to raise it hotel holding beyond 20% – paving the way for a separate hotel listing.

Watters expects a strong response to the new fund. “South African investors definitely have an appetite for international property, especially if there is a good management team behind it,” he says.

The hotel industry in the UK is robust, given that hotel occupancy rates in the region are up to 90%, says Watters. “London is the centre of the world in terms of tourism for business and people are visiting the city,” he explains.

Watters adds that a number of hotels are already lined up to be incorporated into International Hotel and future acquisitions depend on the capital available.

International Hotel will target hotels which are let on long leases and acquisitions that can deliver “consistent cash returns of circa 7% on equity per annum.” The assets will be on the limited service budget and mid-tier hotel sectors –  generally with hotels with over 100 rooms.

The former Southern Sun managing director and Tsogo Sun director Helder Pereira, who has also been managing Redefine International’s hotel portfolio will be at the helm of International Hotel.

Local investors have been cautious about placing their bets on hotel funds, if the performance of troubled Hospitality Property Fund is anything to go by.

Hospitality, the owner of hotels which include Arabella Hotel & Spa in the Western Cape and Holiday Inn in Sandton, has seen tepid earnings on the back of occupancy rates being under pressure and possibly new visa regulations which are expected to put the brakes on international tourism numbers. Perhaps the biggest blow for the counter is the suspension of CEO Andrew Rogers following allegations of misconduct revealed by an investigation.

Could the listing fly with local investors?

Meago Asset Managers director Jay Padayatchi says taking Hospitality’s experiences into account, there seems to be a considerable amount of risk if there is extensive exposure to underlying hotel operations. “This can expose the investor to considerably higher volatility than would be the case with a pure property play,” Padayatchi says.

However, the Redefine International’s exposure to hotels has been sound in recent years given the largely concentrated exposure to central London, he says. 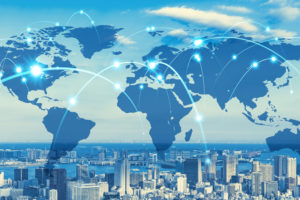 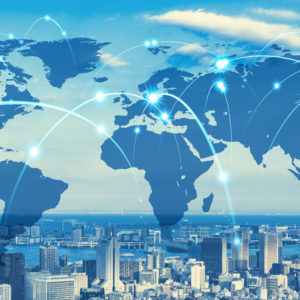