Imported input costs rising and exports not responding to cheap rand as expected. 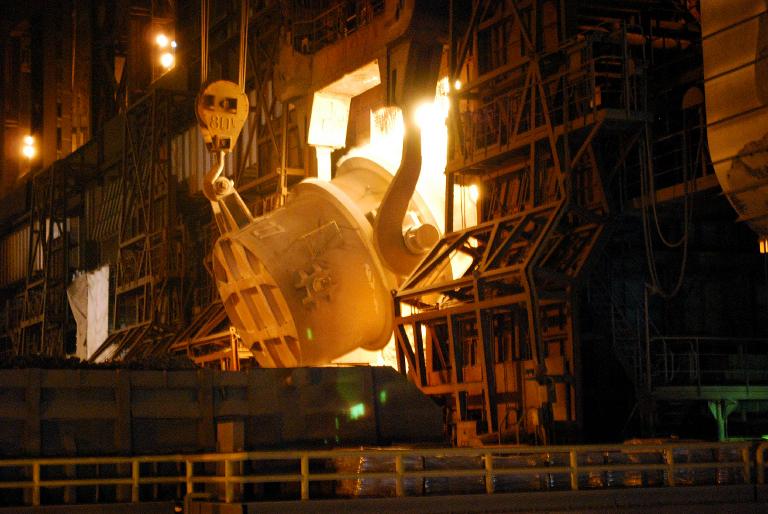 The manufacturing sector, like almost every other corner of the South African economy is facing difficulties. Given what has happened with the rand in recent weeks, things are likely to get worse.  Steel and Engineering Industries Federation of Southern Africa (Seifsa) chief economist Henk Langenhoven, says that, in terms of imported machinery used for manufacturing products, the impact of the rand has not been significant because of a slump in global demand for that equipment and the price thereof.

For final products, parts and other imported inputs, however, the rand will have will have a more direct impact. Against the dollar, the rand has depreciated by 45% in the year to January 20, and Langenhoven says the cost will be too much for smaller manufacturers to handle and that there is a real risk that some companies may have to close down.

“The smaller (companies) get hammered more,” says Langenhoven. “I spoke to a business owner yesterday who has to keep at least $1 million worth of stock and must maintain it at that level. Doing that will now cost him much more. And he runs a small company.”

According to Philippa Rodseth, executive director of the Manufacturing Circle, the rand had already been a major concern for the industry body’s members, even before the currency’s December and early-January decline. The Manufacturing Circle bulletin for the third quarter of 2015 revealed that imported input costs make up to 40% of total input costs of almost 70% of companies surveyed. However some companies are benefitting from the rand as exporters gain price competitiveness and local manufacturers benefit from import substitution.

Export volumes do not grow/respond to exchange rate deprecation That said, the net impact for the industry has not been positive, with Langenhoven saying the benefit to exporters has been negated by other factors, such as intermittent electricity supply, political [factors], labour unrest, internal politics and low demand both locally and globally.

“Exports declined in nominal terms by 2.4% during 2015 and when adjusted for the rand depreciation, by 23.3%. This is evidence of the weak market conditions and inability of the sector to respond to better (rand) prices,” says Langenhoven, referencing an International Monetary Fund study .

“The structural constraints in our economy, according to the study, inhibit us from taking full benefit of exchange rate depreciation.”

Speaking to Moneyweb recently, Barclays Africa economist Miyelani Maluleke echoed this, saying the rand’s big depreciation had not been reflected in “parts of the manufacturers that that are outward-oriented or those that produce goods that can substitute imports would benefit.”

Rodseth says that, while it is possible for the weak rand to encourage import substitution, there needs to be consistency, as a volatile exchange rate makes planning for expansion difficult.

“Furthermore, reliable and consistent supply of utilities is important to support growth. And lastly, strong demand conditions by the countries into which we export is critical,” she says.

The recently released Barclays Purchasing Managers Index (PMI), which reflects the state of the manufacturing sector, showed that prospects were weak. Although the index rose from a more than six-and-a-half-year low point in December, up from an over six-year low of 43.3 points in November 2015 to 45.5 in December, it still remained below the neutral 50-point mark.