This ahead of a Constitutional Court challenge on the Labour Relations Act. 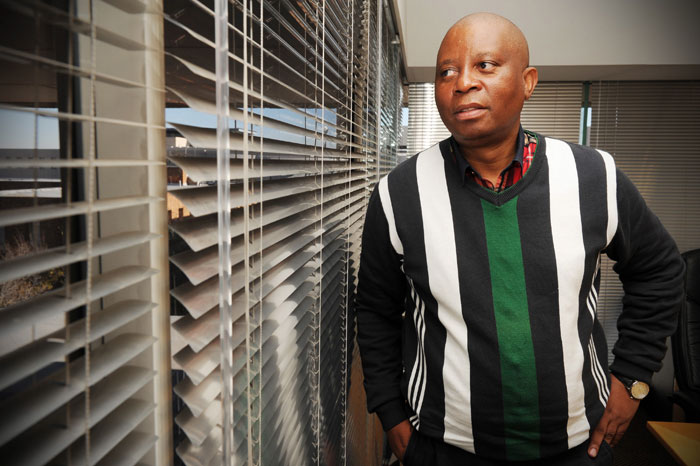 The survival of the African National Congress (ANC) is dependent on black people getting poorer so that they remain dependent on government handouts, entrepreneur and businessman Herman Mashaba said on Thursday. This is ahead of a Constitutional Court challenge, part of the Labour Relations Act (LRA), that he is leading.

“I refuse to watch our country be destroyed. I want to use my privileged life to pay back to society by becoming a civil servant,” Mashaba told a group of insurance company CEOs at an Insurance Institute of Gauteng (IIG) event*.

He described the tripartite alliance, referring to the relationship between the ANC, the South African Communist Party (SACP) and Cosatu, as “toxic”.

Mashaba is leading a Constitutional Court challenge brought by liberal think-tank the Free Market Foundation (FMF), to argue that Section 32 of the LRA is unconstitutional.

Section 32 dictates that bargaining council agreements, reached between private parties, must be extended across an entire industry sector by the Minister of Labour Mildred Oliphant.

The FMF is arguing that the minister should apply her mind and consider the socioeconomic implications of extending these agreements, particularly the impact they have on smaller firms, which cannot always afford to pay wages agreed on between big business and unions.

Mashaba, who served as chairman of the FMF from 2012 to 2014, said he has always opposed the “draconian” labour laws instituted in post-Apartheid South Africa.

“This [Section 32] has destroyed small business in this country. I am funding this court case out of family resources so that poor people and small businesses can get an opportunity,” Mashaba said, describing this as the “biggest constitutional challenge that the ANC government will ever face”.

The case, which has been delayed for three years by Cosatu, will be heard later this month.

“I can’t wait to get this minister to tell the world and the unemployed why she defended this [clause],” Mashaba said, suggesting that the minister was being told what to do by unions.

Cosatu, meanwhile, argues that the FMF’s attack constitutes “an attack of labour standards fought for by workers on the streets in South Africa”.

Mashaba on Thursday called on business to invest in the country and arrest the spiral of unemployment. “Employment is the biggest need of our people. It is not government that is going to employ them, we need businesses that make money to employ them,” Mashaba said.

“The ANC government is under the impression that it is doing business a favour by allowing them to operate.”

On Black Economic Empowerment (BEE), Mashaba said that government money should be spent where it is needed and that while we require policies to deal with the ills of the past, they should not divide the country along racial lines.

“I’m against ANC policies, which are there to encourage corruption and patronage, and disincentivise people from thinking holistically,” Mashaba said.

When asked to respond to these comments, ANC spokesperson, Zizi Kodwa described Mashaba as “hypocritical” and “an angry fellow”. Kodwa said that Mashaba was criticising and distorting policies, such as BEE, which benefitted him. He said that under the new dispensation, Black Like Me enjoyed BEE status.

Kodwa said that Mashaba doesn’t have struggle credentials and that the ANC questions how he, a black person, could have become so successful under Apartheid. “It was not possible for any black person to thrive at that time. Many who thrived had connections with the system,” Kodwa said.

*The IIG is a non-political insurance industry body that invited Mashaba in his capacity as an entrepreneur and before he was elected mayoral candidate of the DA.

'We didn't vote for DA to get positions, we wanted ANC out' - Mashaba
5 hours ago
5 hours ago
PREMIUM!

'We didn't vote for DA to get positions, we wanted ANC out' - Mashaba
5 hours ago
5 hours ago
PREMIUM!