Investing for the long-term means committing to a genuinely extended strategy. 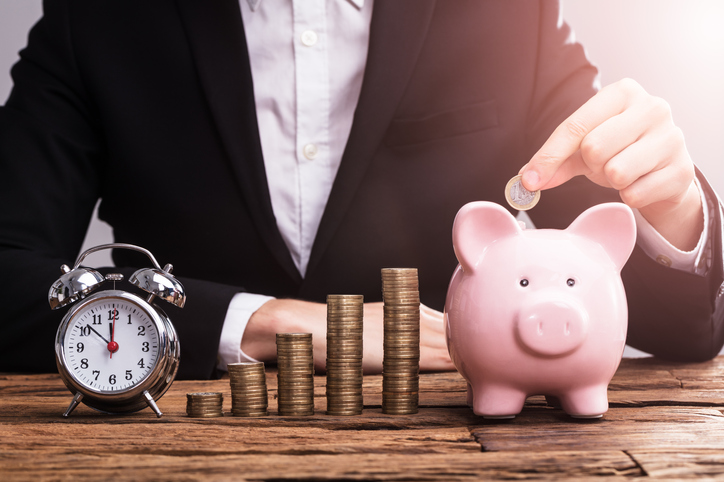 Before the ruling, if you owed the bank money, the bank was within its rights to grab money out of your account as soon as funds appeared in the account. Image: iStock

One of the most often repeated pieces of financial advice is that you should invest for the long term. It is so fundamental that if you search the internet for ‘basic principles of investing’, it comes up in one form or another more than anything else.

However, one obvious question that is rarely answered is this: exactly how long is long term?

Many investors might consider five years a good period of time to dedicate to a particular strategy. After all, a lot can happen in half a decade. Just consider how much the world has changed in just the past three years with Brexit, global trade friction, Jacob Zuma losing power, and now the coronavirus.

However, a serious analysis of markets would tell you that five years is actually still quite a short period. It often takes much longer than that for higher risk, higher growth assets like shares to really prove their value.

As the following video compiled by Corion Capital illustrates, a long-term view of the stock market is at least 10 years, and ideally 25. This is the time it takes for the stock market to consistently, and predictably, deliver real returns.

What the video shows is the relative performance of a number of theoretical investments in the FTSE/JSE All Share Index (Alsi) made at the start of every year since 1969. It then tracks how each of those investments performed relative to inflation year by year, moving from the left hand side of the chart to the right.

The years that are coloured red indicate an investment that is performing below inflation. Those in light green are beating inflation, and dark green designates investments returning above inflation plus 5%.

If you only consider the first one to 10 years of any investment into the Alsi, there is a 14% chance that the return would have been below inflation. Only 69% of the time would investors have earned more than inflation plus 5% over these periods.

Extending the holding period to 10 to 25 years, however, improves outcomes for investors significantly. No investment into the Alsi would have delivered less than inflation over these time periods, and 97% of the time the gain would have been greater than inflation plus 5%.

Once the holding period is taken beyond 25 years, the impact of time is even greater and the real power of the stock market is revealed. For 100% of the time, investors who have stayed invested for this long have enjoyed returns of at least inflation plus 5%.

Read: Six decades of inflation-beating returns on the JSE

A lesson from the dark days

Nothing illustrates the importance of having this kind of long-term view better than looking at what an investor’s experience would have been like in the 1970s and early 1980s.

Anyone who had invested in the Alsi in 1969 would have had to wait 10 years before their return climbed above inflation. This was the deepest and most protracted period of weakness in the local market over the past 50 years.

Read: Become a millionaire. It’s easier than you think

Light at the end of the tunnel

It would have been incredibly difficult to stay invested through all of this. However, anyone who took their money out of the market would have missed the spectacular recovery that followed.

In five of the six years starting in 1978, the Alsi delivered above-inflation returns of greater than 17%. In the most remarkable period, between July 1979 and May 1981, the Alsi almost doubled – gaining 84% in less than 24 months.

The result of this rebound was that, even though an investor who started in 1969 would have seen a return consistently below inflation to the end of 1978, by the end of 1980 their return would be greater than inflation plus 5%.

Their overall gain would also never fall below inflation again. And from 1985 onwards, it would never be lower than inflation plus 5%. It would have required 17 years of patience to get to this point, but that patience would have been well rewarded.

This is why investing for the long-term means committing to a genuinely extended strategy. Over five years, and even 10 years, the stock market can go against you. If you give it long enough, however, it has always delivered genuine growth.