Forget Gordon Gekko's "greed is good!"-speech. This time Wall Street greed is pretty and boyishly handsome with the persuasive powers of a shark who's tasted blood. 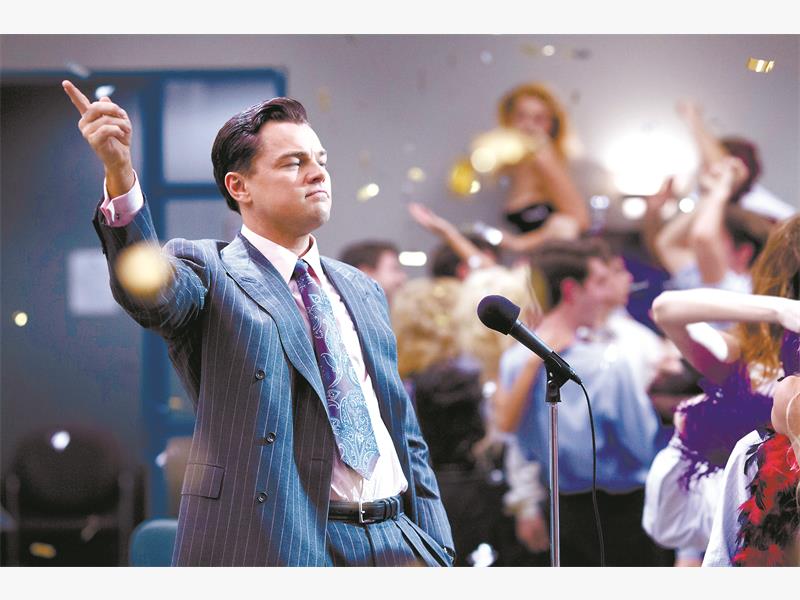 It’s a Leonardo DiCaprio tour de force and he’s brilliant as Jordan Belfort, a stockbroker recently released from jail for fraud. And it’s all based on a true story.

One gets the impression that DiCaprio and director Martin Scorsese found their perfect vehicle here, and got so high on each other in this, perhaps their ultimate project, that they stretched the limits of self-control.

If you thought Baz Luhrmann’s The Great Gatsby was serious overkill, there is a surprise awaiting you. This project takes you where few similar movies have dared to do. But it also has to be said that in the hands of Scorsese there is more method in the madness, more rhythm, more elation and a strange, warped sense of technical discipline as drugs, sex and the power of money spew over the audience like a volcano but the whole still manages to convince as a true story.

The Wolf Of Wall Street has a number of similarities to Orson Welles’s Citizen Kane, especially in the loose jigsaw style that sees pieces of information thrown at the audience, who are asked to make sense out of it.

Here the handsome protagonist, whom we admire in spite of his deplorable actions as he comes across as a modern incarnation of Charles Foster Kane. Jordan Belfort cheats, lies, seduces and steals money like Kane collected newspapers. Belfort’s past may be less dramatic, but his present life and future plans are in overdrive.

The story is as much an expression of corporate greed as it is about the hypnotic effect film has on its audience if manipulated using the right techniques. Scorsese has here reached his pinnacle. He doesn’t need 3D to bring his message across. His flamboyant directing lifts the material from the confines of the screen and thrusts it right into the viewers’ startled faces. You can actually feel the picture vibrate alongside you.

Here is a director at the top of his powers who combines his skills with his best collaborator since Robert de Niro. With DiCaprio, Scorsese has put together a shady buddy movie that makes Butch Cassidy And The Sundance Kid seem inconsequential. Seldom before has a director and star formed such a perfect on-screen combination.

DiCaprio pulls out all the stops as driven stockbroker Belfort who gets sound training in corruption from an exceptional Matthew McConaughey as Mark Hanna, a master fraudster.

The whole film seems to have been made on a mountain of cocaine big enough to suffocate Scarface as it rushes from one over the top scene to the next histrionic outburst. It also adds some of the darkest comedy you will experience this year. 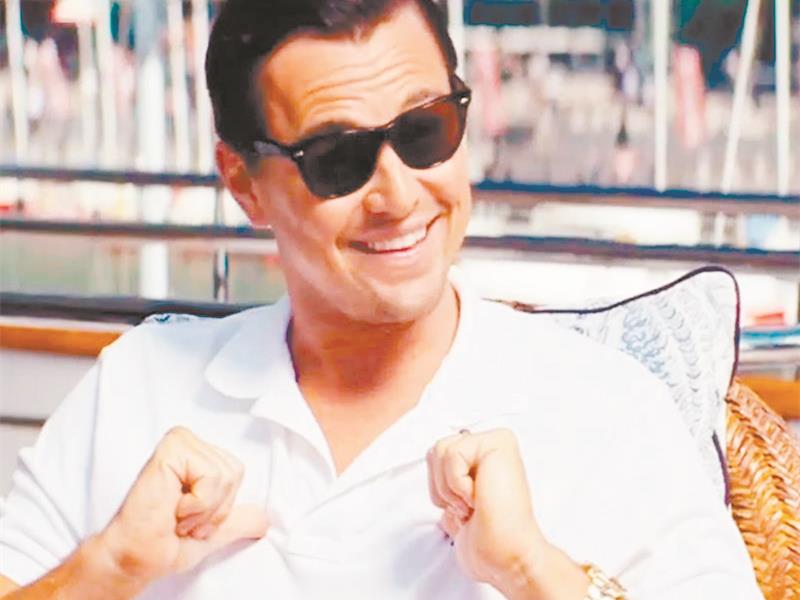 This is a fantastic but also self-indulgent and excessive film about greed, narcissism and the imploding power of self-destruction.

If you want to see Scorsese at his best, smothered in decadence, see this film.

Mkhwebane clears Mahumapelo of wrongdoing in R1.5m 'gift' to Zuma
17 hours ago
17 hours ago

Three weeks without water, while the ANC bickers
1 day ago
1 day ago
PREMIUM!

Mkhwebane clears Mahumapelo of wrongdoing in R1.5m 'gift' to Zuma
17 hours ago
17 hours ago

Three weeks without water, while the ANC bickers
1 day ago
1 day ago
PREMIUM!