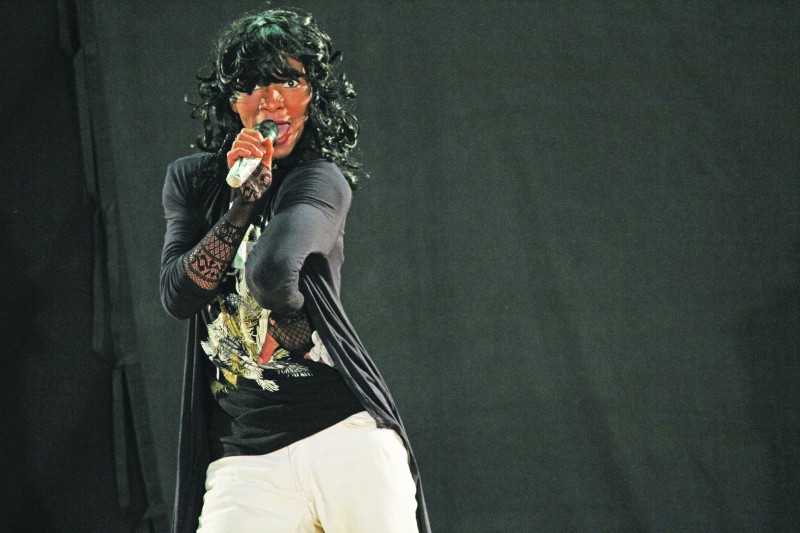 A part-time gardener and housekeeper recently made quite an impact on a SABC2 talent show when he danced to Beyoncé Knowles’s popular songs Crazy in Love and Single Ladies in Stilettos.

Bredwyn “Britta” van Wyk, who lives in Ceres, Western Cape, was among the top four finalists on SABC2’s Showville talent show, during which he captivated the crowd with his striking dance moves while lip-synching to his role model. Sadly, he didn’t win.

Although the 26-year-old lipsynchs, he explains that he can carry a tune as he used to sing at school. While his good voice earned him The Hope singing competition title, dancing is his first love. He believes dancing is a gift and talent for which he “will forever be thankful to God for”.

Dancing is not just a talent to entertain his audience, it soothes Van Wyk’s soul. “I dance when I am angry and when I am sad. I overcome my pains with dancing.” Stunned by Van Wyk’s performance, Showville co-host Bontle Modiselle, who coached him during the show, said that he could “outdo Beyoncé”.

Van Wyk calls himself “World Wide Beyoncé’s Biggest Fan” and Showville producer Minke Alves can attest to that. “When we interviewed him, he seemed to know anything and everything about Beyoncé,” she says. The first-year tourism and hospitality management student works with his mother, Anna, 58, on a farm. “I work as a housekeeper and as a gardener.

I want to own an events and management company when I complete my studies.”