Lesley Musina is not leaving ‘Muvhango’

Musina has denied reports that he will be leaving the soapie, saying someone had been playing a prank on him and his fans. 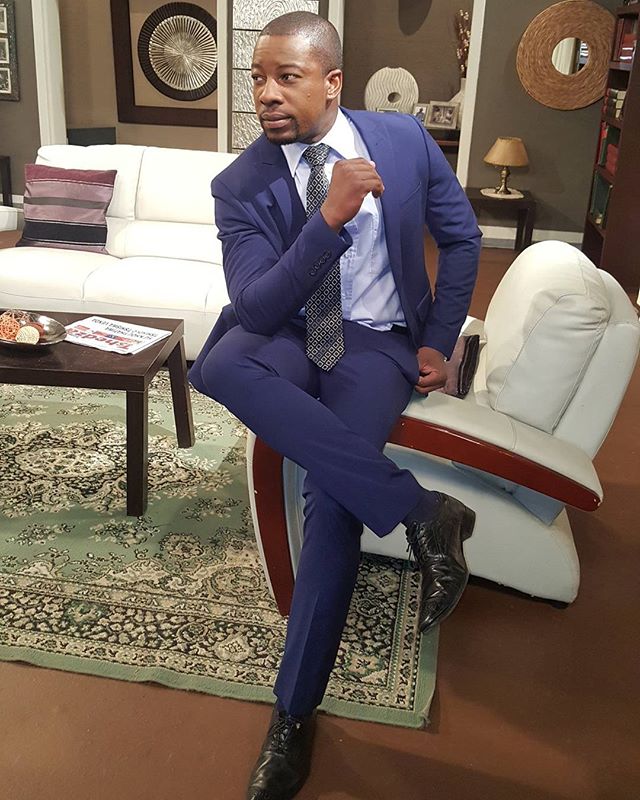 After it was reported in several publications that actor Lesley Musina – who plays Ndalamo Mukwevho on the popular SABC 2 soapie Muvhango – would be leaving and tonight would be his last appearance, Musina went on social media to rubbish the claims, and indicated that someone went into his account to play a prank on him and his fans.

“Thank you all for your support, tonight, I’ll make my final appearance on your screens on Muvhango. This is the place I’ve come to call home for the past two and half years. I’ll miss my fellow cast members and the crazy crew ya bo Msobho, all the directors, cameramen, Itu, Mpho, Siya, Seun, Pat and Lawrence. I’ve decided to go on a sojourn and to travel the world and ultimately retreat on a farm I’ve inherited from my uncle back home in Musina, Limpopo,” the alleged hoax Instagram post read.

Musina took to Instagram and expressed his unhappiness with this prank. “I’m annoyed because I don’t think anyone should be making these kind of jokes, someone’s career is not something that you play with – not in that way. So, Muvhango fans can take a breath and relax; Ndalamo is here to stay.”

The actor further apologised to his fans and explained that there was no truth in the “news” about his departure. “My sincere apologies, someone close to me with access to my phone decided to pull a prank on the general public about me leaving Muvhango. I’d like to state categorically that it’s not true that tonight will be my last appearance, nor am I leaving the soapie. Although I think it’s bad to play such pranks on people, no harm was intended to anyone. I’ve been getting a lot of phone calls and messages from friends and media outlets. There’s no truth at all in the post,” he asserted.

Musina’s fans have expressed relief about the news that Ndalamo will not be leaving Muvhango.