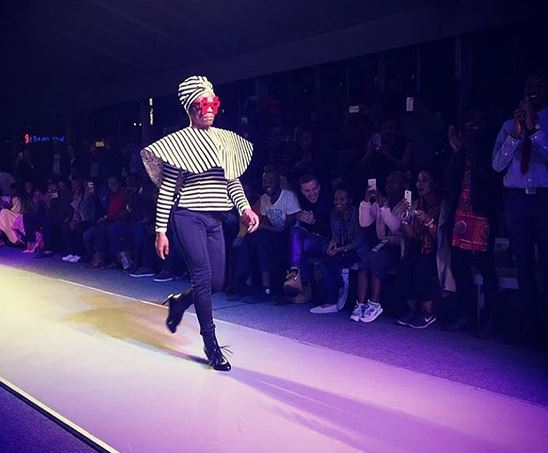 Nciza. who also owns a fashion label called NN Vintage, since 2011 is fast becoming a household name among fashion lovers as well as the South African red carpet queens.

Since her debut back in 2015, the singer and businesswoman has dressed the likes of Jessica Nkosi, Khanyi Mbau and Uyanda Mbuli, but it was her Spring/Summer 2016 range that caught the eye of many and granted her a seat among the likes of SA’s greatest designers.

The collection showcase opened with Metro FM radio host Khanyi Mbau, who gave the audience a taste of her latest single Shake in no more than a bustier from the soon-to-be-sold-out NN Vintage collection.

Following the performance was the talented actress and musician, Thembi Seete, who made it clear that this was not a show you wanted to blink through.

The NN Vintage Spring/Summer 2016 collection featured some of South Africa’s top TV and radio personalities, with even an appearance from the king of “woo shem”, Idols SA judge Somizi Mhlongo, who brought his colourful self to the ramp.