Art of the matter

The reaction from critics to this throwback to sixties cinema has been a bit sour. 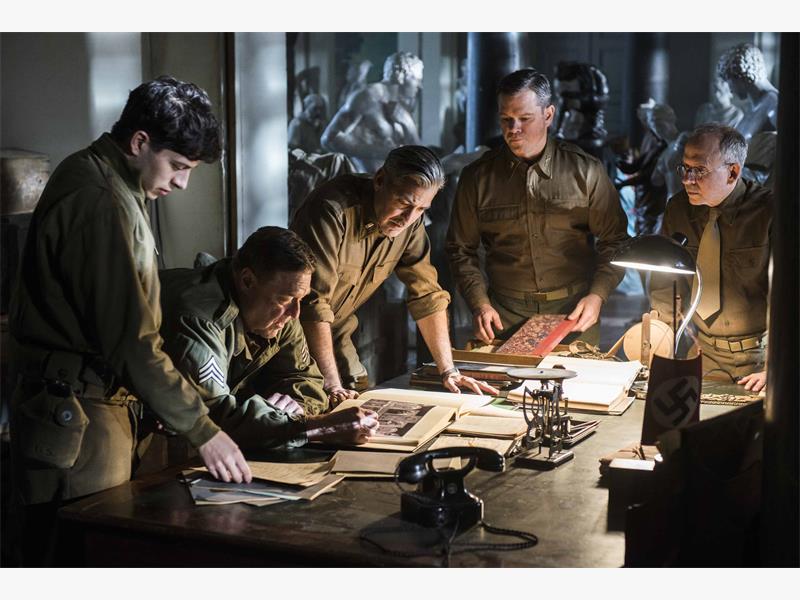 But it is a joy to watch and embraces its audience shamelessly. It reminds of classic World War 2 films like The Guns Of Naverone, Where Eagles Dare and The Great Escape – and as such will definitely find a place in the hearts of many cinemagoers.

It is based on the true story of a group of museum directors, archivists, curators, art lovers and historians who are given the task to save literally tons of priceless art stolen by the Nazis.The film has an easy-going charm that effortlessly involves the audience. Several of Hollywood’s top actors play the part of sculptors, curators and art lovers – the sorts who will give their lives to protect priceless art.

Of course these characters are glorified and some are a little overbearing. One suspects that heavyweights like Bill Murray and George Clooney provide perfect movie charm, but fail to get to the heart of the unlikely outfit at the heart of the story.

But the aim of the film seems to be a grateful tribute, not only to the men who saved so much art, but to what art means to human kind (it’s a Holloywood assessment). Clooney’s Frank Stokes tells his men that art reminds us who we are and where we come from. It expresses the human soul, our perception of the world around us and the very reason for our existence. And out of respect for this expression of the soul, the men are prepared to die in their efforts to save it.

The film asks the question: is it worth offering a human life for a piece of art? It’s a query answered in a flamboyant style – with glowing, much-deserved respect.

Many critics may rightfully find the film overly sentimental, but it is entertaining and even compelling to watch. In spite of the slightly heavy-handed acting, the humanity that shines through during an inhuman destruction of lives (and art) makes the film worthwhile.

It may be all too easy and attractive, but manages to bring across its point, which is to belatedly thank the 350 men and women who chased across Europe to save priceless pieces of art like the Madonna Of Bruges by Michelangelo.