Hip hop musician Lebogang "Shugasmakx" Mothibe is not the kind of guy you would imagine in a choir, let alone as the choir master. 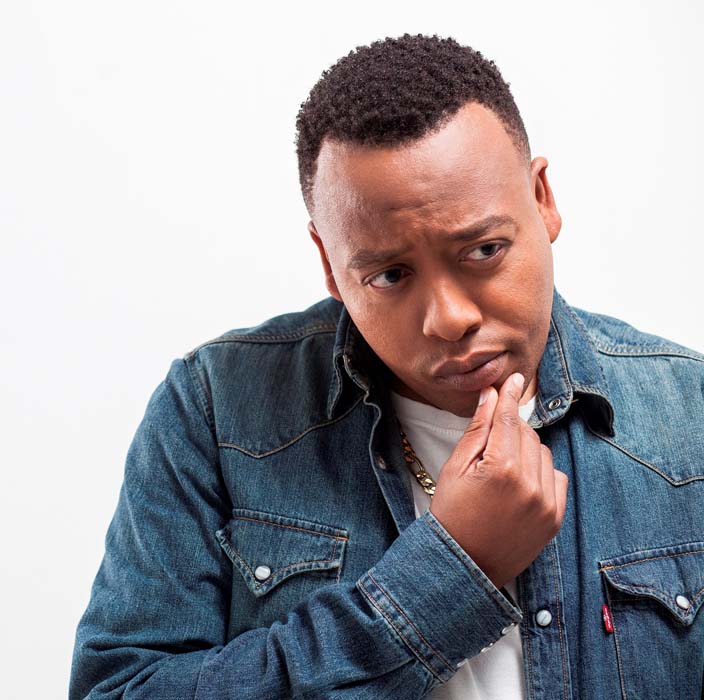 Shugasmakx has picked the voices for his choir very carefully. Pictures: Supplied.

But with the second season of reality show Clash Of The Choirs coming soon, Mothibe is excited about being taken out of his comfort zone.

“I’ve never been in a choir before and I’m not much of a singer,” he admits, “but I can write music and I have an ear for good sounds. I’m excited about being in a different creative space.”

Mothibe will lead a choir from Gauteng that will compete against six other choirs from different provinces, also led by celebrity musicians. The winning choir will be awarded the R750 000 prize, with R250 000 going to a charity of their choice and R500 000 going to the choir.

Taking over the reigns from house musician Zakes Bantwini, who managed to get the Gauteng choir into the top three, Mothibe is already feeling the pressure.

“As a rapper amongst singers, it’s going to be tough. Many will doubt, but my choir will prove to everyone why we deserve to be part of this phenomenal show,” he says.

Mothibe held auditions for his choir two weeks ago and more than 800 people tried to secure a spot in the choir. In the end, Mothibe picked 20 of his favourite voices.

“I was looking for people who can not only sing, but who can also harmonise and perform well on stage,” he says.

During the competition, the choirs will perform music from the pop, R&B, gospel and kwaito genres.

While some may see Mothibe as an underdog in the singing competition, he believes he has an advantage.

“A hip hop musician’s ear lends itself to diversity, so I have an upper hand when it comes to fusing different genres together,” he says.

While not all the celebrity choir masters have been revealed, M-Net’s Bongiwe Potelwa confirmed that rapper HHP will lead the Bloemfontein choir and music producer Robbie Malinga will take charge of the Durban outfit.

Science of Success: How to make the right financial choices
2 hours ago
2 hours ago

Science of Success: How to make the right financial choices
2 hours ago
2 hours ago