Isibaya and Of Good Report were the biggest winners at the 8th annual South African Film and Television Awards (Saftas) held in Midrand on Saturday night. 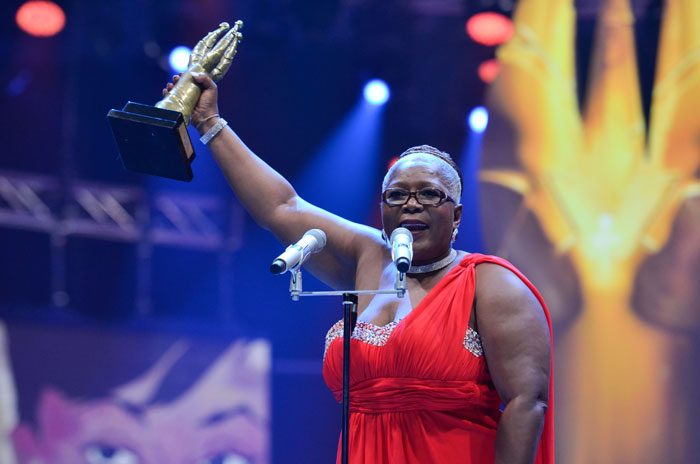 Isibaya actors dominated the nominations in the popular Best Actress and Actor in TV soap. Fan favourites Thembi Nyandeni and Siyabonga Thwala walked away with the highly prized statuettes. Of Good Report scooped five of the six awards in the feature film category, including Best Feature Film, Best Director of a feature film, and Best Writing Team of a Feature Film.

“But there’s still a lot of work… to be done in our local film industry. We need to develop distribution mechanisms that will allow more people to see our films.”

Veteran actress Abigail Kubheka won this year’s Lifetime Achievement award. Kubheka’s career in the entertainment industry began as a singer when the late Miriam Makeba asked her to join her Skylarks group.

Kubheka has become one of our country’s most acclaimed performers, featuring in numerous theatre productions and in films such as Hijack and The Line, as well as in the popular soap Generations and most recently eTV’s Scandal. “The local entertainment industry isn’t easy, but we need to carry on believing in ourselves. We are beautiful South Africans; we are the best. Thank you; you’ve made my life,” she said when accepting her award.

This year, the awards also celebrated an additional category: the Made for TV Movie award. Rolisiwe Nikiwe took the Best Director award for Isithembu. Afrikaans soap, 7de Laan won the Best Soap – the only category which was determined by a public vote.

Safta chairperson and Judge Jerry Mofokeng said the judging process was tough, given that it is the only awards show which ho-nours local film and television.

“The Saftas represent excellence in our industry. As judges we … had to judge the work in front of us. We had to ignore previous works and even the reputations of certain directors and actors to make sure that we truly select work of the highest standard.”