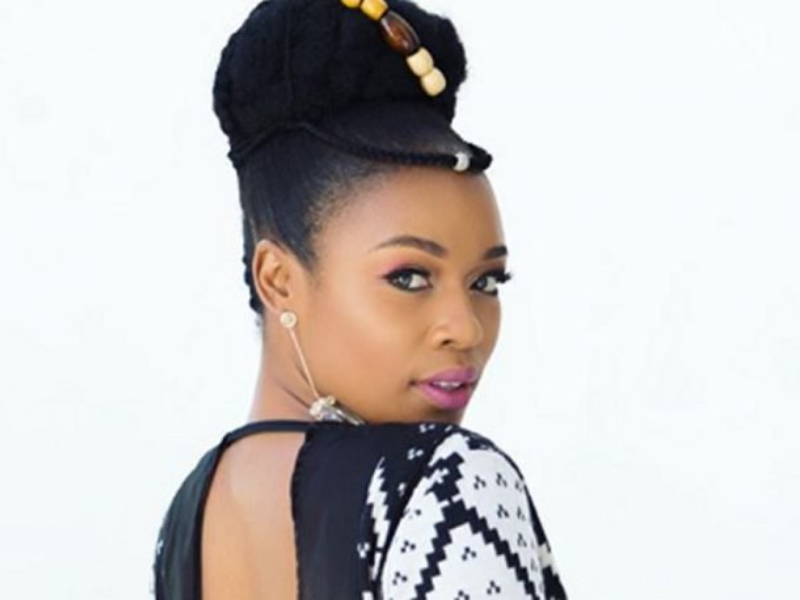 The commotion started after Nomzamo shared a screenshot of her gracing the magazine’s first ‘activism’ issue, in celebration of Women’s Month. It featured Nomzamo and other like-minded women for their charity work.

Ntsiki, who never minces her words, questioned why Nomzamo was labelled an activist.

“Nomzamo keeps being positioned as an activist when? When has she ever represented anything beyond her looks?,” Ntsiki said.

The poet claimed that it was an insult to activists who ‘selflessly’ committed themselves to making a difference.

“There are people who put themselves on the line for justice to prevail. People who have sacrificed. Real activists,” she added.

Ntsiki’s comments backfired as fans weighed in on the situation that went viral on Twitter.

@NomzamoMbatha I am so proud of you. Here’s what makes you an activist in my eyes And this I say with NO bias: 1. You spend your own money to take 10 kids to school. And this you don’t do… https://t.co/T160Qxit75

Activism is not golden circle at a concert kodwa guys. What about Nomzamo being called an activist that makes you believe you are not ? Space is not running out in the activism world because it’s not this far off place it’s here. Simply say I don’t like Nomzamo which is also OK

Here is a brief of what Nomzamo has been doing over the past years,so please don't come here and talk bull, TWEETING doesn't mean you are an activist but doing the work is!#NomzamoTheActivist pic.twitter.com/iy7FM1FR00

Nomzamo responded to one follower who insinuated that she was paid for appearing at charity events.

I’m saddened at your unfounded and completely untrue statement. I do not get paid to advocate and show up for the causes I believe in. If you’re looking for a pretty face in the public eye that stands for nothing, I’m not the one
You’re spreading lies! I hope you’re proud https://t.co/YzRg9gA9jb

'The Wife' reactions: 'Hlomu does not know how to see a red flag'
12 hours ago
12 hours ago

'The Wife' reactions: 'Hlomu does not know how to see a red flag'
12 hours ago
12 hours ago