Comparing people to Donald Trump is pretty offensive these days… 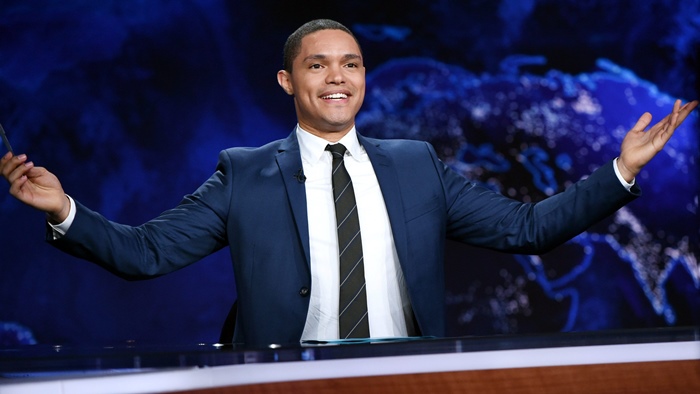 Trevor made the comparison during one of his monologues on The Daily Show and the reaction to his joke wasn’t entirely positive.

The former cricketer is on the verge of being elected as Pakistan’s Prime Minister. During Tuesday’s episode of The Daily Show, Trevor drew parallels between Khan’s rise in popularity and Trump’s ascendance into power.

Trevor noted that both politicians came from privileged backgrounds, further aided by their celebrity status in their home countries. He also pointed out that they had both been accused of sexual misdemeanours in their careers (both of which did nothing to hamper their political aspirations – which is as much an indictment of society as it is of their respective morals and values).

Part of the monologue reads: “The more you look, the more you realise these similarities have spanned their entire lives. When Trump was doing Pizza Hut ads, Khan was in ads for Pepsi. Trump had three marriages in the tabloids, so did Khan. Trump thinks Islam is bad, Khan lives in Islamabad – I should have stopped while I was ahead but the rhythm kept me going. In fact, these guys are so alike that shortly before he was elected, Khan was also embroiled in a sexual harassment scandal. And just like Trump, he got through it.”

He continued: “Look, I’m not saying Imran Khan is the brown Trump. Imran Khan is one of many leaders around the world following the successful format of the hit show called The Trump Presidency, including apparently using the same writers.”

You can watch the segment below:

Trevor Noah compares Imran Khan to Trump. This is going to annoy IK fans so much
????????????pic.twitter.com/YGFQxxPFhc

Trevor Noah’s comments were interpreted as “insensitive” by many quarters, and many of his viewers from around the world (and most notably Pakistan!) took to social media to give the comedian a piece of their minds.

I just saw @Trevornoah on @ComedyCentral making yet another Imran Khan-Trump comparison.

I Could literally write an essay on why the comparison is outright lazy and wrong on so many levels.

disappointing seeing @trevornoah put out a piece on his show making imran khan to be trump-like.

if you don't know his background and his significance to progressivism in pakistan, don't speak on him for cheap laughs.

Oh no, what have you done!
Fasten your seatbelt, @Trevornoah – if you thought MAGA/Trump trolls were bad, here come the Naya (New) Pakistan/Imran Khan trolls 🙂

I have followed Trevor Noah's show for quite some time now and I've got to say these guys have a great sense of humour. Their sarcasm mostly makes sense but they were ill-informed this time around — that's all right.

But comparing Trump with Imran Khan was plain stupid..

This is not the first time in recent memory that Trevor Noah has found himself as the subject of people’s annoyance. Earlier this year he came under fire for comments that he made about Aboriginal women (although the comments were made in 2013) and the comedian was forced to issue an apology to the Aboriginal community.

Do you think Trevor Noah will have to apologise for his comments about Imran Khan?