Experience the ride of your life at Gold Reef City

This year they added Storm Chaser, a swinging pendulum ride that many say is one of the park’s scariest rides. Paraphrasing one of the opening paragraphs of Harper Lee’s To Kill a Mockingbird: Gold Reef City was an old mining town, but it was an exciting old town when I first knew it.

In rainy weather the streets turned bare, grass didn’t grow on the maintained sidewalks, the chapel sagged in the square.

Somehow, it was hotter then, a mascot in a costume suffered on a summer’s day, lean horses hitched to carts flicked flies in the sweltering shade of the Golden Loop on the square … 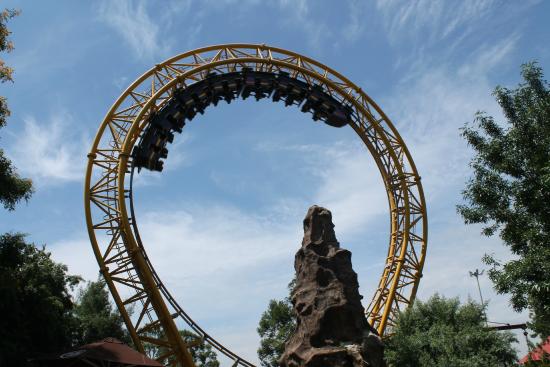 Just like Maycomb in the novel, Gold Reef City holds the same place in my heart. It is a place that in its current state brings back memories of slower days. Maybe even youth.

But that’s because, as time went on, our lives and the rides at Gold Reef City got faster.

What many don’t know is that Gold Reef ’s roller-coasters and rides are cemented in nostalgia. The Golden Loop, for instance, is currently the tallest roller-coaster in Africa.

It was installed 30 years ago when the Anton Schwarzkopf Shuttle Loop coaster was relocated from a park in America. 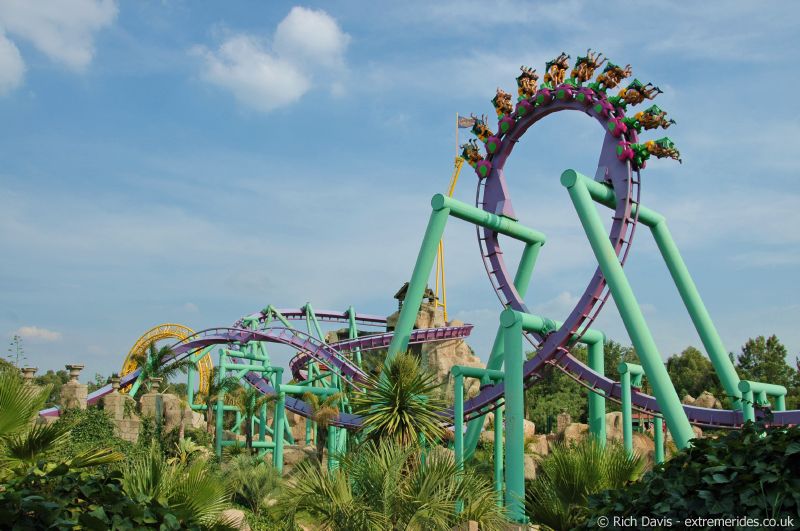 Schwarzkopf, a now defunct German design and engineering company, has another famous roller-coaster in South Africa – Looping Star in Nasrec – that annually comes alive for the Rand Easter Show.

But as Gold Reef City included its first touch of Germany 20 years ago, the Anaconda added two more inversions at the park.

The inverted roller-coaster was designed by a company called Giovanola, based in Switzerland. In 60 minutes, about 600 riders can experience Africa’s third-tallest roller-coaster.

Giovanola also designed one of the most terrifying rides at Gold Reef City, the Tower of Terror.

The elevator-lift, vertical drop-down coaster swoops underneath the theme park and has been notorious for making riders tap out at the last minute. It is also Africa’s fourth tallest coaster.

The Tower of Terror added no new inversions at Gold Reef City but did provide one hell of a drop.

In 2004, Jozi Express opened. This time, German company Zierrer was behind the design and the roller-coaster boasts an incredible view of the park, as well as the Johannesburg skyline.

The last coaster to open there is the kiddie coaster Shongololo. But the thrills didn’t end there. The zippy UFO and the Miners’ Revenge were added as the years went on. But it was last year that Gold Reef City made a big statement, opening The High Flying Maverick – a 24-seater ride that simulates flying a fighter jet (with many inversions of course).

This year they added Storm Chaser, a swinging pendulum ride that many say is one of the park’s scariest rides (let’s just say the floor sinks away).

If you want to go back to quieter times, the park is soon relaunching the original Jozi Urban Market. With 35 stalls – including gourmet coffee, craft beer and gin, fine wines, cocktails, exotic food, live music, local fashion and art – it is the best hangout on the first Sunday of every month.

On a fifth-floor covered car park rooftop of Gold Reef Casino, it offers a spectacular view of Johannesburg.