In a statement released last year, the channel said the canning of the show after 21 years was due to low numbers and 'poor audience ratings.' 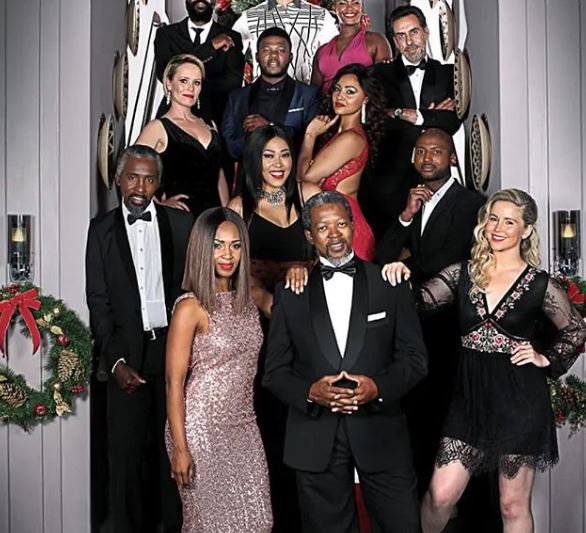 Some members of the Isidingo cast. Image: Briefly.co.za

The Isidingo cast filmed their last scenes on Friday and now the cast and crew are back on the job search.

Call actor Dumisani Mbebe who played Ambassador Mayekiso says they are all saddened by the end of the show.

“It is quite unfortunate that the SABC did not recommission the show. We do not know why it was not recommissioned. This not only affects the cast and crew, but their beneficiaries as well so that means hundreds of people. But, as actors, we delivered on the mandate we were given by portraying those characters as best as we could.

“As freelancer, this is not new ground. As unpleasant as it, it is not new,” he says.

Dumisani finished shooting his scenes on Thursday but the official last day of shooting was Friday, 24 January 2020.

“We were called late last year, and we were told the news. I must say, seeing the sad faces of my co-stars was not nice. I’m sure the picture I saw in their faces was the same one they saw in my face. Producers and directors from others know the situation at Isidingo because it was highly publicised, so I hope everyone can get jobs soon. I wish everyone the best of luck,” he says.

Isidingo has been canned from SABC 3 and their last episode will air on 12 March. In a statement released last year, the channel said the canning of the show after 21 years was due to low numbers and “poor audience ratings.”

Motlatsi Mafatshe who played Sechaba Moloi-Matabane for 10 years says it is truly the end of an era.

“It is bittersweet for all of us, but these things happen. I am one of the last remaining actors from the old cast and leaving the show is not easy, but we are all excited for the new prospects that the new year will bring for us. This is a time for growth, change and expansion.

“We are all determined to keep our heads up and not hold on to our sadness. The truth is, we know we are good at what we do and that we will add value to any production that we move onto next. We have a lot to offer the industry,” he says.

Motlatsi says the cast and crew wanted to spend time together for the last time on Monday by getting together, playing music and having fun for old times’ sake.

“God has been good. Some are already on their next productions. I am one of them. I have already started shooting a series for SABC2,” he says.