Of horses and men and puppetry

Horses are said to have done more to change human history than any other domestic animal, including carrying mighty armies through great conquests even as they themselves understand nothing of war. 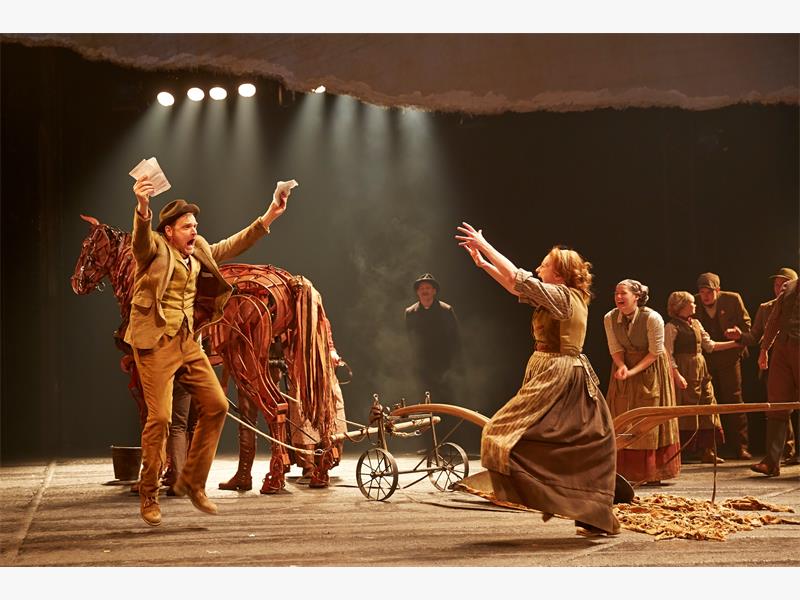 They are held in high esteem in many cultures and enthral onlookers by being as formidable as they are graceful.

Puppetry director for War Horse South Africa Craig Leo describes them as “skittish creatures, whose primary instinct is to run away. They are constantly asking, ‘Am I safe?'”

These nuances are what bring the full-scale cane puppets to life in the world-renowned stage production of War Horse. Designed by South Africa’s Handspring Puppet Company (HPC), these creations move, sound and even breathe like real horses. The stage show will visit South Africa for the first time later this year, allowing locals to witness HPC’s most famed creation, Joey.

Though he hangs motionless when not required in the show, when he bursts on stage – puppeteers manipulating his every move – he is, without question, a horse.

It’s not as easy as the puppeteers make it look, with the puppet’s frame weighing about 50kg, shared by two people.

“We’ve had some buff men come in and they can’t bear it,” says Leo.

To successfully bring Joey to life, the three-person puppeteer team – the head, heart and hind – has to be the star of the show, while remaining as inconspicuous as possible. Being “in horse”, as they call it, is so demanding horse teams have to alternate, playing small cameo roles between shows.

“You really have to watch your posture in the horse or you could get seriously hurt,” Leo adds.

“You need to ensure you stack your joints correctly.”

Additionally, the puppeteers have no way of communicating, other than movement. As one initiates a gesture, the rest have to follow suit. Their execution, however, is remarkable.

Apparently, two weeks prior to rehearsals, the puppeteers spend hours observing live horses and making sense of their every move. They are forced to strip away any preconceptions they might have, until they are fully conversant in how the creatures behave.

It takes eight months to build a complete set of puppets for War Horse, with 14 craftsmen involved. The show comprises 23 puppets in total, including horses Joey and Topthorn, as well as a goose, two swallows and two crows.

> October 22 to November 30 at The Teatro, Montecasino, Johannesburg.

> Ticket prices range between R100 and R450 and are available from Computicket.

> The show runs for approximately two hours and 40 minutes, including interval.

> Suitable for those 10 years and older.