Take a look at why #SeriouslySingle makes good romantic sense. When did it become the in-thing to hate on rom-coms?

When I think about it, it seems like something that has always been there – a kind of badge we wear to show how edgy we are in social situations because we hate happiness, teddy bears, candy and warm fuzzy feelings.

This mindset has become so ubiquitous that the expected reaction to hearing about the release of yet another rom-com is an eye-roll. However, Netflix’s upcoming South African release, Seriously Single seems primed to change all that.

“Set in Johannesburg, South Africa, Seriously Single tells the tale of the serial monogamist Dineo (Fulu Mugovhani), as she navigates the modern-day dating world alongside her best friend and partner in crime, the commitment-phobe Noni (Tumi Morake).”

Essentially, Dineo loves romantic love but she just can’t seem to get it to love her back.

At least until she meets the hunky, perfect Lunga (Bohang Moeko) who appears to be the man of her dreams. Upon meeting him, Dineo begins to uncover what she wants in life and love all while Noni goes through her own journey with Max (Yonda Thomas), the bar owner with a heart of gold.

You can count on Morake (the first African female to have her own stand-up comedy special on Netflix) to bring the laughs, but it is great to see Mugovhani keep up with the comedic powerhouse in terms of bringing the funny.

Mugovhani is best known (and loved) for her role as Anzani, a young aspirant photojournalist in the e.tv soapie Scandal!. She has also had roles on shows such as SABC 3’s Isidingo, Mzansi Magic’s Ring of Lies and M-Net’s Still Breathing – and in all these roles she has been a “serious” actress.

However, in her latest role as the bubbly, fun-loving and unbelievably optimistic Dineo, Mugovhani manages to draw you in to caring about her shenanigans, even when you may not agree with them.

In the end, after spending a few minutes cringing out of second-hand embarrassment on her behalf, you really do just find yourself wanting to see her happy.

Meet Dineo. A hopeless romantic who is constantly looking for love in all the wrong places. Now she has to face a life she dreads most: life as single woman. . . Her single life starts in cinemas on the 1st of May 2020 #seriouslysinglemovie #burntoniontv

Seriously Single was initially slated for a full cinematic release in movie houses across the country in May, however, the Coronavirus pandemic seemed to have other plans for the film.

Luckily, the acclaimed Ramaphakela siblings Tshepo, Rethabile and Katleho from Burnt Onion productions were able to pivot and reach an agreement with Netflix’s Director of Licensing and Co-productions in Africa, Ben Amadasun, to bring Seriously Single to audiences across the world. According to a statement issued by Netflix, this new title is part of the streaming giant’s strategy to intentionally amplify African voices and stories for a global audience. This after having brought us original gems such as Queen Sono and the smash-hit Blood & Water.

“We are thrilled for the opportunity to partner with Netflix as we share our latest project with the world. As a seasoned production company, we relish this new adventure as we extend ourselves outside of Africa into the world. It truly is a time for Africa to own its voice and we’re honoured to be part of this significant movement,” commented producers and co-directors Rethabile and Katleho Ramaphakela.

“With every quality local title we license, we come closer to our goal of making Netflix the home of the best-in-class African content for our members,” said Amadasun.

“Our acquisition of Seriously Single from Indigenous Film Distribution will not only contribute towards the growth in diversity, genre variety and quality of African content on the service but also demonstrate the opportunities available for content creators across the continent to collaborate with us to take their great quality content to a global audience,” he added.

Set to launch this Friday, 31 July 2020 ahead of South Africa’s Women’s Month, Seriously Single will be celebrated in a massive virtual watch party attended by Mugovhani, Moeko, Morake and Thomas. 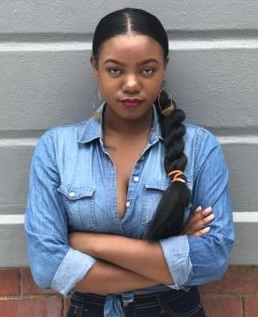