This after she claimed to have been present in the Gupta compound during some of her husband's meetings with the controversial family. 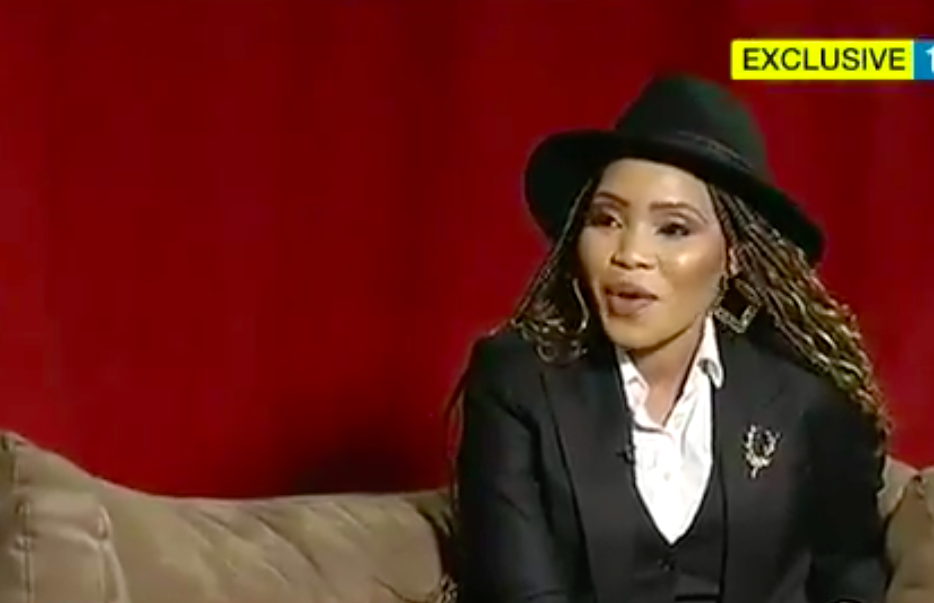 After making a series of damning allegations against her estranged husband, former home affairs minister Malusi Gigaba, in a tell-all interview with eNCA on Thursday evening, Norma Mngoma has declared that she has no qualms about appearing before the State Capture Commission to testify about what she had seen during her marriage to Gigaba.

“Why not? I’m a South African citizen so I will go… I will say my part. Like, he knows, I’m a very honest person so I will say what I know. If I don’t know something, I don’t know it,” said Mngoma in conversation with Slindelo Masikane.

“I know he’s that kind of a person, even [if] he knows something, he always says ‘I don’t recall, I don’t recall’ so if I recall, I will remind him.”

#NormaMngoma says she will testify at the state capture inquiry if she is subpoenaed. #DStv403 pic.twitter.com/cYUNGH6l24

Gigaba sent out a tweet ahead of the interview, stating that he would not be commenting on anything said during the interview.

“My energy is exclusively reserved for my fight with the askaris who are the de facto puppet masters,” he added. 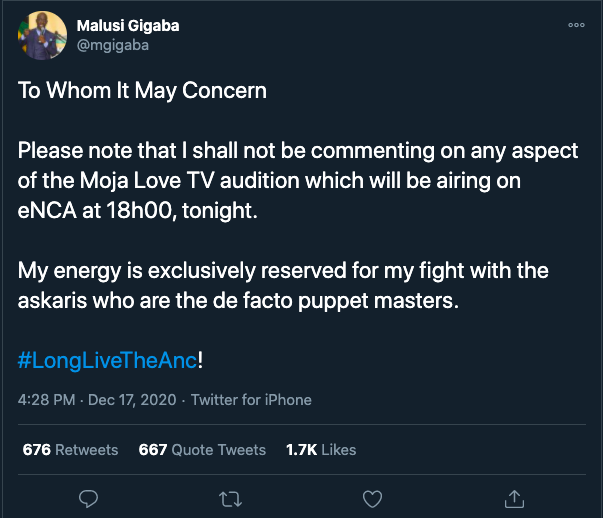 During her interview, Mngoma alleged that by the time she and Gigaba got into a relationship, he was already involved with the Guptas.

She further alleged that she was not sure what was wrong and what was right with their relationship, and only came to the realisation that something untoward might be happening when the media and the Economic Freedom Fighters (EFF) publicly started asking questions about Gigaba.

Mngoma says that when she asked him for clarity on this, he dismissed it as a smear campaign against his name.

In an eNCA exclusive interview, #Norma Mngoma, tells @Sli_Masikane about her husband’s alleged ties with the Guptas and bags of cash. #DStv403 #SATonight pic.twitter.com/WjlAzfYizW

She stated that she believes that the bodyguard who testified at the commission and alleges that there was a bag of money in the boot of a vehicle he used to drive Gigaba around in, was telling the truth as she witnessed him receiving money and other gifts from the controversial family on numerous occasions.

She has since declared that she is on a path to distance herself from Gigaba and his surname, having reclaimed her own prior to instituting divorce proceedings.

ALSO READ: My arrest a ‘favour’ for Malusi to teach me a lesson, says Norma

Mngoma also revealed that the pornographic video of Gigaba that was leaked sometime last year was not intended for her as previously reported.

“That was not my video. Like, I don’t wanna lie. I’ve never imagined something like that in my mouth,” said Mngoma with a chuckle.

READ MORE: Celebrities react after Malusi Gigaba jokes about the size of his manhood

She claimed that Gigaba might not even remember who that video was for or who it was sent to, as she claims he may have sent it to one of the many women he was allegedly having extra-maritals affair with.

Mngoma said these women then come to her as a way to get back at him by exposing their relationships with him.

You can watch the interview below:

Another court turn in Amcu leader tussle
1 day ago
1 day ago
PREMIUM!

Another court turn in Amcu leader tussle
1 day ago
1 day ago
PREMIUM!