Jacob Zuma's baby mama insists that 'Real Housewives of Durban' is not the platform to answer burning questions about her life and relationship. Although the Zuma family initially teased an all-Zuma reality TV show almost two years ago, it seems only one member of the Zuma family will be making their way to television when Real Housewives of Durban airs for the first time at the end of January 2021.

Nonkanyiso Conco – who has a child with former president Jacob Zuma – will be joining a cast of five other women to introduce audiences to the lifestyle of Durban’s rich and famous when the city becomes the latest addition to South Africa’s Real Housewives franchise.

The Citizen got some one-on-one time with Conco in order to find out what to expect from her on the show and whether or not her high-profile relationship was subject to any scrutiny on the show.

The Citizen: Each Real Housewives city showcases unique things about their location. What do you think your season will show about Durban?

Conco: Durban will definitely showcase the city’s humility. Durban is centred in a province that is fondly known for its culture, the people’s value for respect and overall humbleness.

The Citizen: How did you end up being on the show?

Conco: When the RHOD team contacted me in September last year, there was a lot to consider. I took my time because this is a bold step; for as long as I can remember, I am a careful and private individual.

What made me accept the invitation to be part of this cast is that this time around, this franchise is more into showcasing how important it is that as a woman you can be your own brand and be self-empowered.

I’m also just very proud of working with such women who are uniquely made, who have their own businesses and who are creating empires for themselves.

The Citizen: What did you enjoy most about filming the show?

Conco: I enjoyed mostly meeting the crew, learning of their lives, either about their families or their interests at heart, and learning about the magical equipment used to produce such a beautiful production. We had a good laugh and I asked lots of questions about the language used on set too.

I also loved all the cultural engagements I’ve been involved in; I can’t gather the words to express the joy it has given me.

The Citizen: What did you enjoy the least?

Conco: Nothing comes to mind at the moment

The Citizen: What surprised you most?

Conco: To witness characters being different on camera and off camera. It’s a lot to take in on my side; it becomes heavy because some moments I was pushed into masking who I am. 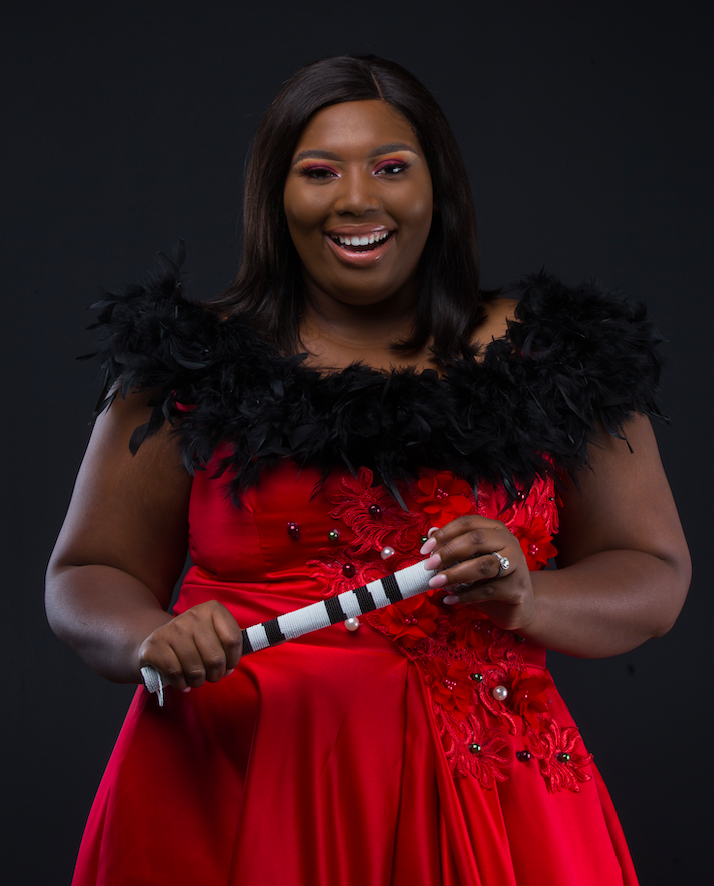 The Citizen: Will you be addressing some of the burning questions the public has about you?

Conco: I don’t carry rumours, speculations and what people think of me in my speech. I don’t address what I was not questioned directly on. Also this show is not a platform for that.

The Citizen: Were the other housewives inquisitive about your life/marriage or did they respect boundaries?

Conco: Of course there were a few that were inquisitive of what they have heard or seen on tabloids. I was kind at first and didn’t want to offend but there was a point where I had to remind them to respect me, and draw the line.

I hold nothing against them; they are human beings. Maybe if I was in their position, I would ask something. The manner of approach is fundamental. UNGANGIPHAPHELI.

The Citizen: Did you find yourself in any drama this season?

Conco: It depends on what you view drama to be. I don’t recall being involved in drama. I’m a straightforward being but not dramatic: there’s a difference. I’m an individual who handles matters calmly and has emotional intelligence, so on anything I apply reasoning and try take a helicopter perspective.

The Citizen: What else about your life will viewers get to see?

Conco: This show will permit the viewer an opportunity to learn who LaConco really is, what impactful deeds I have contributed to in people’s lives. My business adventure and capabilities. I’m hilarious and fun to be around; my heart and personality is what makes everyone around me fall head over heels in love.

I’m an old lady stuck in a young body; I like describing myself as a stoic being! God has graced me with good aura; every time I enter the room it lights up, as my parents named me (Nonkanyiso – Let there be light).

The Citizen: What are you hoping the show will achieve?

The Citizen: Would you consider a full-time career in TV?

Television appearances, here and there, but radio full time. The airwaves are my first love and I believe I’m gifted for radio as well: not only because of my voice but my brains for producing content.

The Citizen: Do you follow the Real Housewives franchise?  If so, which other city/cast is your favourite?

Conco: No, unfortunately not. I’ve seen a few including the Real Housewives of Johannesburg, but I prefer spending my spare time on reading novels, checking on my livestock on the farm, and a little catch-up on local content and black empowerment documentaries.

The Citizen: Which other shows are your guilty pleasure?

Conco: Lebo M: Coming Home is the most recent one I watched. He is our international icon and I enjoyed his narrative, being told through our screens. I’ve watched Kings of Jo’Burg, the Fergusons did a great job.

The Real Housewives of Durban will now be a Showmax only release and will be live from midnight on Thursday going into Friday, 20 January 2021.

The show was originally set to premiere on 1Magic (DStv channel 103) on Friday at 7pm.

*Answers have been edited for brevity.