The ‘firm’, the ‘institution’, how does Buckingham Palace work?

Meghan Markle and Prince Harry repeatedly referred to some instances regarding the royal family as 'the firm' and 'institution'. 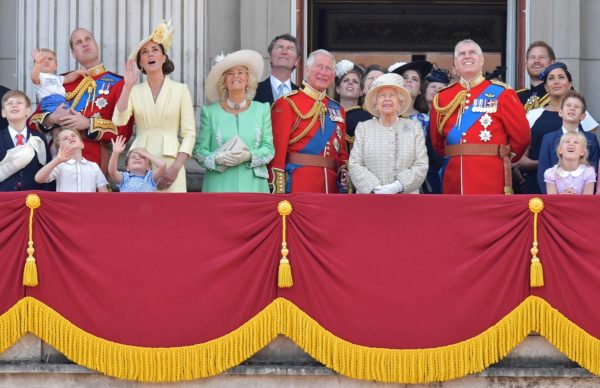 Members of the British royal family on the balcony of Buckingham Palace. Picture: Daniel Leal-Olivas/AFP

If you’re still processing the biggest news in the world of royals this week, you are not alone.

Prince Harry and Meghan Markle’s explosive interview with Oprah Winfrey is going to be talked about for days to come, whether you like it or not.

For royal fanatics, this is “piping hot tea” and it’s not on the semi-fictional Netflix TV series The Crown. The tell-all had raised many serious questions as to who is “the firm”, the “institution” and the technicalities of how Buckingham Palace works.

If Queen Elizabeth II is not making the final decisions, who is?

RELATED: 7 thoughts we all had during the Meghan and Harry interview

Harry and Meghan both kept referring to royal matters or decisions made by “the firm” and the “institution”. Both repeatedly stressed that they are on good terms with the Queen and she was not one of the main reasons for their departure.

The firm. The institution. The family. The Palace. It’s always that and never The Queen. Prince Phillip. Charles. William.

So how does Buckingham Palace work, who is making the decisions?

In one of her many references to “the firm”, Markle detailed her mental health struggles, asking for any kind of help as she had suicidal thoughts and was not coping. She claimed the firm didn’t offer her support or help to deal with her problems because she wasn’t a paid employee and wasn’t eligible for human resources help.

“So, there’s the family and then there are the people running the institution,” she told Oprah.

“Those are two separate things and it’s important to be able to compartmentalise that, because the Queen, for example, has always been wonderful to me.”

The firm is also referred to as the royal family. Reportedly this nickname was given in royal biographer Penny Junor’s book, The Firm: The Troubled Life of the House of Windsor. The term was coined by George VI, who was referring to the House of Windsor, USA Today reports.

This term is used by the royals privately.

Markle said the firm barely do anything to deny reports that are a lie.

“I don’t know how they could expect after all this time that we would remain silent if there is an active role that the firm is playing in perpetuating falsehoods about us,” Markle said.

Just like any organisation, the firm has departments that include private secretaries, treasury, human resources, IT, public relations, and cleaning and cooking staff that keeps the royal household functioning.

The Queen has a private secretary who schedules her daily duties, royal tours and compiles press statements and speeches.

The private secretary’s office also supports the Queen by advising her on constitutional matters and her governmental and political duties as head of state, according to Royal.uk.

Many senior members of the royal family are given private secretaries. They are closely aligned to the family and are viewed as senior advisors because of the information they are privy to.

Senior members of the royal family make decisions that don’t involve the Queen such as not giving Archie the title of prince. Harry and Meghan said they were not given a reason by the firm for this decision.

CNN reported that because of the hierarchy and how succession works in the British royal family, with the Queen at the top, with her firstborn Prince Charles heir to the throne and then Prince William second in line followed by his three children.

Harry is apparently too far down the hierarchy, the reason his office was given less importance.