Thimna and Libho walked away with the grand prize of R1 million from M-Net's first season of 'Love Island SA.' 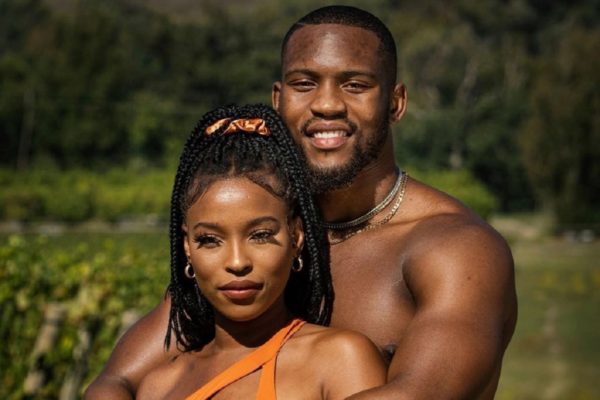 The first ever season of reality dating TV show Love Island SA has finished with the top two fan favourites from the start announced the winners.

The couple instantly clicked the moment they met.  Both from the Eastern Cape, they garnered the most viewer votes with 53% of votes from a total of 1.6 million votes received in the final round.

Libho received the envelope of the R1 million cash and decided to share it with Thimna.

The show on M-Net had a few bumps along the road to the finale. Dubbed “Love Island Orania” at first after the initial episodes, the group of contestants lacked diversity.  The broadcasting channel had to apologise to viewers for this and also the latest controversy of a rape “joke”.

READ NEXT: WATCH: Isn’t M-Net tired of apologising yet?

Thimna thanked the fans for their consistent support.

The other top three couples included Tania and Ross, Millie and Asad, and Xavier and Mischka.

Fans were more than happy for the deserving winners.

The winners of Love Island South Africa ???????? Thimna did it! She won! Inject it ???? #loveislandsa pic.twitter.com/fvQsvWwYDd

We said we would carry our girl to the end and I am so proud of the public for coming together for Libho & Thimna #LoveIslandSA ???????? pic.twitter.com/gEP2sHKEZU