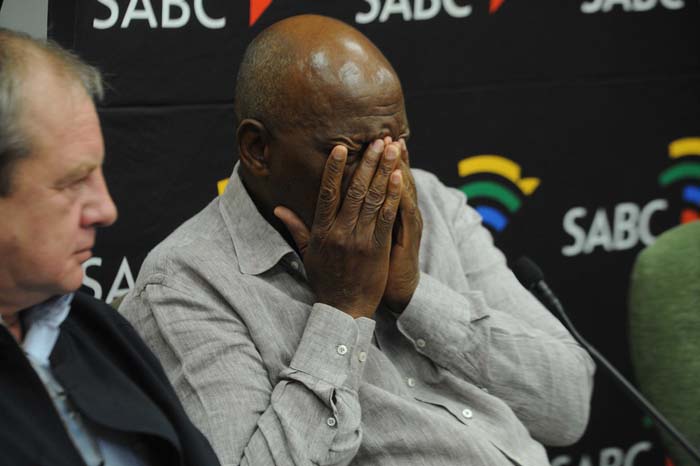 FILE PICTURE: Generations executive producer Mfundi Vundla during a media briefing at the SABC offices following the termination of services of 16 actors from the popular soapie. Picture: Refilwe Modise

Kaizer Kganyago, SABC spokesperson, said the show will be back in December.

Loyal fans of the show feel the end of Generations, is the end of an era

My poor mom still in a state and called me again to ask if its really the #GenerationsFinale & do I think Queen will come back.

"@mesuli_macozoma: How do I tell my grandmother that Generations is not on tonight? How? ????" LOL!!

Genuinely still touched about the end of Generations as we know it :(((( #GenerationsFinale

I am so gonna miss Generations☹ just when Samora @AtandwaKani and Luntu @Zenande_Mcfen were bout to hit it off, watching the repeat for em ♥

Others remain nonchalant about the affair

I never watched #generations. Was the acting good?

Telling me about generations means nada cos I don't watch it…

Will Generations be the same without the axed 16 actors?

My relationship with #Generations is over. The show is nothing without those 16. ☹

And where will the 16 actors work now?

Mzansi Magic is going to hire all those Generations actors #Generationafinale

What will the new Generations plot have in store?

As I go to the Generations auditions for the new characters……..

@bonang_m ..hae! Nna kere I abt tym Generations gave other programs a chance..#SkeemSaam

Millions of South Africans watch #Generations at 8PM and now that it's off, witness #SkeemSam become the biggest thing on TV.