Kaya 95.9 host Unathi Nkayi says she handles issues of accountability in the industry in the boardroom. 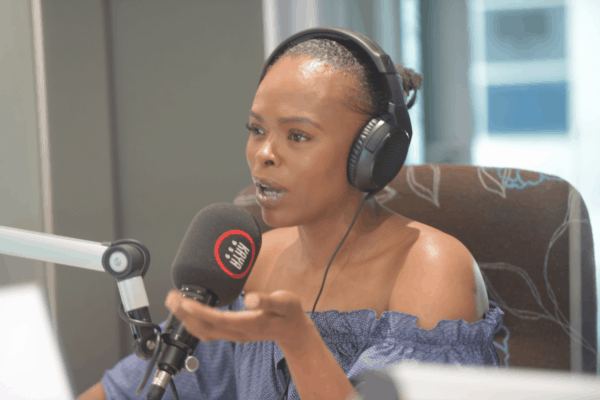 Multi-talented artist Unathi Nkayi says it is a flawed assumption that accountability doesn’t always exist for problematic men in a South African context, despite the changes not always being evident quick enough.

She says many men who have committed “atrocities” behind closed doors are being held accountable, something that “would have never” happened in the past.

“It’s beautiful to be a woman and say I don’t want to work with so and so, because they make me feel uncomfortable because of the reputation they have built themselves,” she explained to The Citizen earlier this week.

As we draw a close to Women’s Month, paying tribute to the thousands of women who marched to the Union Buildings on 9 August 1956, the messaging around this time of the year has changed and evolved.

Women in the entertainment industry do face many uphill battles, as seen in the Me Too movement in Hollywood in 2016, during which men who abused their positions of power were held accountable for committing various sexual offences.

People who have chosen to speak out through public spaces or social media have told their stories of alleged abuse committed by persons in power.

Unathi added that she had decided to take her fight to the boardroom, where the decisions are made, saying: “They need to listen to women and not hire those people, also the change is not quick enough.”

“You would never hear me publicly go out and speak about things like that but I am making sure that those kinds of people are not getting hired… If we hit them in their pocket then they will start being held accountable.”

In response to a question about fellow Idols SA judge Somizi Mhlongo facing allegations made by his estranged husband Mohale Moutang, that he was physically abusive during their marriage, Unathi said she hadn’t spoken in the past about colleagues’ personal matters and she also won’t be doing so in this case.

She refused to single out one colleague as she had worked with others before who had to deal with serious allegations as well.

RELATED: Unathi gets an apology from taxi association after altercation

Watch the interview below

Women shouldn’t have to be ‘imbokodo’ any more

Unathi questions whether the theme of imbokodo (a rock) stills applies to the women of today. The Kaya 959 Midday Joy host says she has had an overwhelming response from her listeners on whether women want to carry this in future.

“For me, it’s been interesting to hear different women speak about how they feel about the term and how it can be used going forward. Definitely, just listen to what we have to say and don’t wait just for August, honour us all year round.”

Unathi says in many boardrooms, those in higher positions and those who sign the policies are still overwhelmingly men.

“If we have sit-downs about how we want to celebrate Women’s Month, I guess this would be more significant and impactful for us. Listen to the things that really matter to us and not just about having a wonderful PR campaign around August and hope everything is fine for the 11 months. It doesn’t work that way,” she says.

Changing the face of female celebrities

Experiencing her own challenges since her career in the entertainment industry started in the early 2000s, she recalls a time when many female artists didn’t look like her. Natural curves, dark skin tones and natural hair were celebrated in that era.

“I remember the time I started 20 years ago and I got my first job. The first thing I was told was, ‘we need you to soften your look, specifically your hair and we want you to lose weight’.”

Despite all of this, Unathi knew what type of woman she was. She wasn’t going to conform to the expected beauty standards.

Remaining true to herself, the musician was able to get on magazine covers with her dreadlocks, in publications such as Y-Mag, and fashion campaigns for Elle magazine.

“It definitely started changing instantly. It’s not that people don’t want to change. They just need an example that they can follow. Things are changing.”