It wasn’t until Siya Kolisi saw himself through the eyes of his family that he chose to make a change to his relationship with liquor. 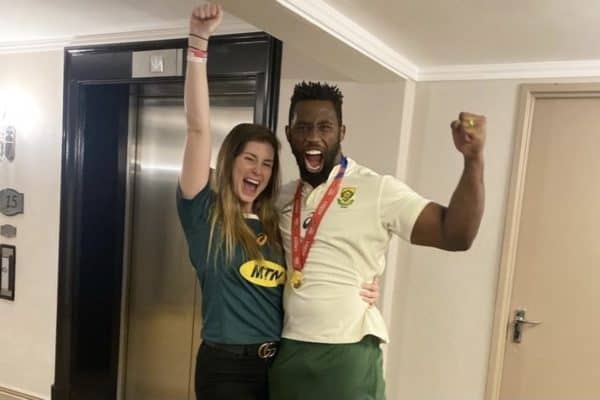 Though his history with substance abuse is no secret, for the first time since his meteoric rise in the rugby world began, fans will get to hear directly from Siya Kolisi exactly how it affected his life through his new book, Rise.

In an extract published by the Sunday Times, Kolisi takes readers through a time in his life that he is now embarrassed about – the period around the 2015 Rugby World Cup, which took place in England.

He was not a regular starter for the Springboks and therefore had a lot of free time on his hands – time that he filled with liquor consumption.

“Whenever I had time off, I just drank. I was bored and feeling sorry for myself, there were other guys around in the same boat who were always happy to hang out, and it was all too easy for me to hit the bars and pubs and be a good-time guy.

“Rachel [my wife] had come out with baby Nick, and this would have been the perfect opportunity to spend some time with them; but no, I preferred to be out with the boys. It was an awful time for her, and I was too selfish to realise. In the end Rachel got fed up with me being a jerk and flew home a week early,” writes Kolisi.

It wasn’t until he saw himself through the eyes of his family that he chose to make a much-needed change. This, despite past issues with substance abuse.

“A few weeks after the World Cup had ended and we were back home, I was lying on the grass on a Sunday morning, as hungover as it’s possible to imagine. My eyes were bloodshot and I stank of alcohol. ‘This is how you look when you’ve been bad’, Liphelo, the sister whom I had adopted, said. She was six at the time, the perfect age for a child to tell you a home truth without even realising that they’re doing so.

“Rachel had had enough. If it had been an isolated incident that would have been one thing, but it wasn’t. It could have been the week before, or the week before that, or the week before that. ‘We’re going to church,’ she said. She always went to church on Sunday. ‘See you later,’ I grunted. ‘We,’ she said. ‘We’re going to church. That means you too.’ She was right, and I knew it. The trajectory of my life was bad. I had to stop behaving like this or else I’d lose my family. It wasn’t ‘stop drinking’, because drinking would have been fine if I’d just had a couple of beers and stopped there. It was ‘stop drinking until you’re obliterated, each and every time’. Because that’s what I was. Whenever I opened a drink it was as though there was a message at the bottom of the bottle saying ‘drink me, keep on going’. I’d binge and not remember what had happened the night before.

“Picking up the pieces of the story from other people was fun for a while – ‘Ag! Man, you’ll never believe what you did, you were so wasted’ – but I’d soon begun to tire of it and think that there must be more to life than this.”

Rise: The Brand New Autobiography was published by Harper Collins Publishers and is available in South Africa, the UK, New Zealand, Canada and Australia. South Africans can purchase the paperback version for just under R250.

READ NEXT: As Siya heads back on tour, Rachel Kolisi says ‘it never gets easier’ to say goodbye