He's got that "boom boom" all the producers chase. Weslee Lauder is no newbie to the world of theatre. 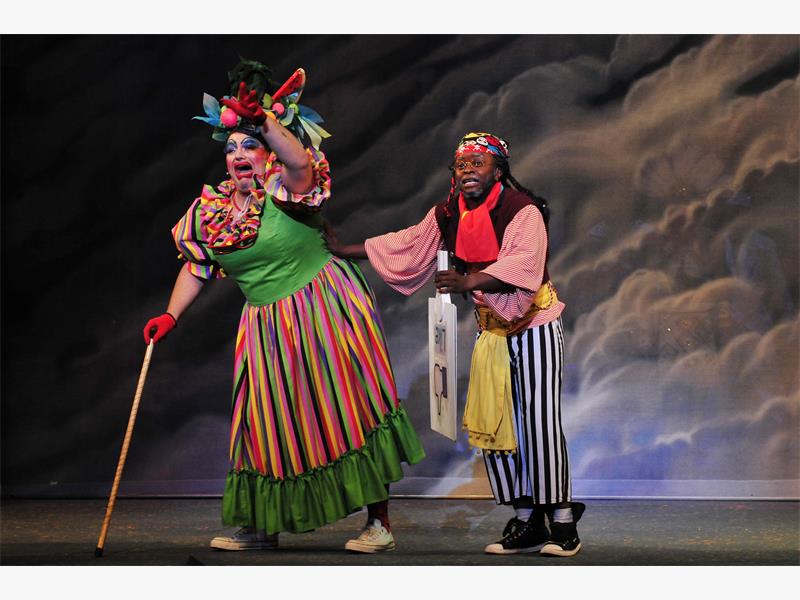 In fact, he’s emerging as a theatrical blue blood – and with his latest role as Dame Clementina Coconut in Janice Honeyman’s presentation of Peter Pan at the Joburg Theatre he’s cementing himself as an extremely likeable star, judging by the enthusiastic applause for him at curtain call.

Some of this appeal needs to be attributed to his character.

“Dame Clementina Coconut is the best because she’s so endearing you can’t help but fall in love with her,” Lauder says.

“The costumes are so lush … especially The Dame’s first costume, a gorgeous late Victorian dress with a petticoat and bustle. I’ve always been fond of this period. And I get to sing Get This Party Started, à la Shirley Bassey Club Tropicana.”

Lauder has been popular in shows such as Jack And The Beanstalk, Starlight Express, Aladdin, Call Me Lee and Afrikaans hit Reik Na Die Sterre. And a few TV spots have also ensured he’s a recognisable face outside theatres.

He’s also an over-sharer in all the right ways. A quick scroll through his Twitter feed will give you endless insight into the actor’s creatively charged life. From cast cams demonstrating how he transforms into characters, his sharing about some of the privileges of being an entertainer or backstage frolics audience members and fans are seldom privileged to see, it’s all proof Lauder works extremely hard and has true passion for acting as an art.

Lauder is not without his critics, however.

The actor recently felt the societal expectations of people in the limelight after sharing a photo covering just the right bits on Instagram. The photo-sharing App sent him a message that someone had reported the photo as indecent. Lauder reacted by posting a series of pictures of the original near-nude photo, tagging it #IfYouDontLikeItDontLook.

“I can’t help but think that if it were an Adonis it wouldn’t have been reported,” Lauder says. “It’s important to not let perception stop you from achieving your goals and dreams. So many times I’ve

been ostracised because of how I look. It is when we begin to accept ourselves and love ourselves that we become ourselves and not some Kardashianised version of what people want us to be.”

Nigeria and South Africa, a team that could make Africa tops
1 hour ago
1 hour ago

Nigeria and South Africa, a team that could make Africa tops
1 hour ago
1 hour ago