Johnny Depp's ego is so big in this excruciatingly embarrassing comedy, there is no place for a story, other actors or even a director on set. 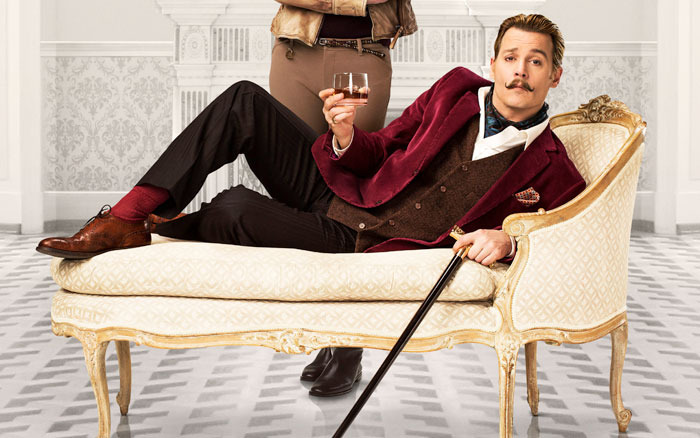 He suffocates them all. He laughs so hard at his own jokes there is no breath left to deliver the dialogue.

Depp gives the impression of having turned into a clone of himself, so self-conscious of his star status and acting abilities that he allows no breathing space for any other character in any of his scenes. Add to that the narcissistic performance of Gwyneth Paltrow as Charlie Mortdecai’s wife, and you have an ode to self-absorbed Hollywood stars that will be hard to equal this side of an Oscar acceptance speech. At times your gag reflex starts to kick in as the obnoxious quality of the stars send you to the bathroom in a state of bleak depression. All you want to do is relieve yourself of the memories of this waste of time.

Had somebody like Ewan McGregor (who is unfortunate enough to share the screen with Depp) or even the excellent Paul Bettany played the part of Charlie Mortdecai, it might have been a completely different movie. But Depp and his rib-cracking ego get in the way of any charm the film or character might have had.

Depp is Charlie Mortdecai, a pretentious, self-absorbed (some might say psychopathic) art dealer who is trying to recover a stolen painting which might contain the code to lost Nazi gold. In the process he grows a Hercule Poirot moustache which his wife detests and gags on every time she kisses him. When this joke is pulled the first time, a slight giggle might escape, almost in disdain or embarrassment rather than humour. But by the fifth duplication it takes all your might not to leave the cinema.

There often comes an awful film in every film critic’s life which he wants to label “my most despised film of the year”, and this is mine.