A good film is often meticulously written to narrate and relay emotion at certain moments as the story unfolds. An unintended consequence of film or art is that the viewer might not march to the scriptwriter or director's tune and instead focus on elements other than what is presented in front of them. 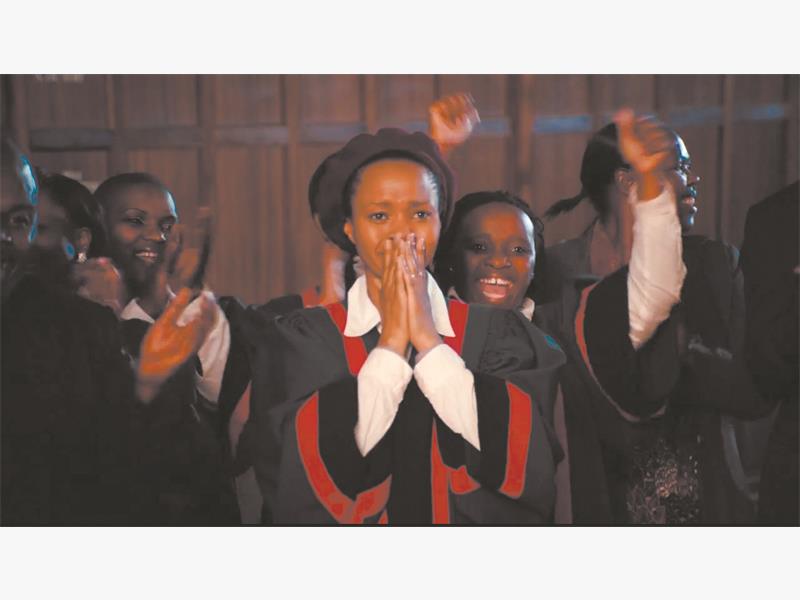 The film Felix is presented as a coming-of-age story – “Billy Elliot with South African jazz,” more specifically. The story follows 14-year-old Felix Xaba who dreams of becoming a saxophonist like his late father, but his mother Lindiwe (Linda Sokhulu) thinks jazz is the devil’s music. When Felix leaves his township friends to take up a scholarship at an elite private school, he defies his mother and turns to two ageing members of his father’s old band to help him prepare for the school jazz concert.

There is a part in the film where young Felix reports for his first day of his new school in one of Cape Town’s leafy suburbs. As he is dropped off at the front gate by a taxi driver, young Felix’s anxiety about his new environment grows every more acute. Felix is in a new world, far from the wonderful freedom of being in his township home.

The assumption in this film is that, if a teenage boy wants to succeed in his life’s endeavours, he must be comfortable in an affluent setting. So Felix sets about courting the favour of the “others” while experiencing hardships of language and rejection by some of his peers.

Sokhulu has personally experienced the duality of coming from a humble family and having to interact with children who go on overseas trips during schools holidays. She sees Felix’s journey as an indicator of children’s generally spirited nature when plunged into hardship.

“My life took a similar journey in that I come from a township environment and went to a private school that was expensive. I could relate when it came to showing how important it was for my character to see her son go to such a school,” Sokhulu says.

“Kids are generally resilient and unless they are told otherwise, it is difficult to make a child believe that he or she is not worthy. Felix went in there thinking that he could do it. It was only once he was inside that he began to see the challenges.”

Director Roberta Durant and director of photography Natalie Haarhoff do a brilliant job setting the mood of the film outside of the dialogue that moves the story forward. This new film is a quality offering and casts a light on pertinent South African issues, including some that are not necessarily discussed openly on screen.