This satire could just as well have been written in South Africa and comes straight from last year's headlines. 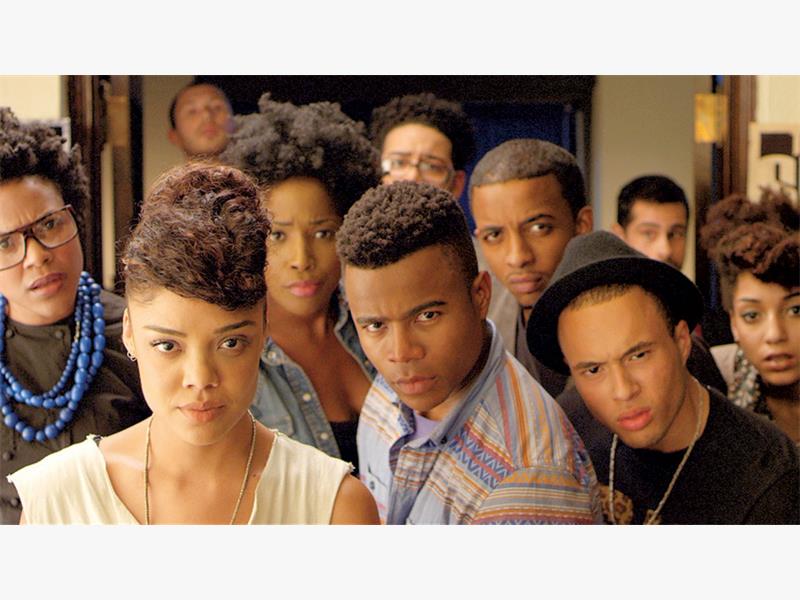 See if this sounds familiar: A group of white students holds a party in which they blacken their faces as a kind of “good natured” send-up of racially obsessed America. Of course it backfires and hits them right on their noses, especially after a sprightly and brainy young girl, well played by Tessa Thompson, starts a radio show in which she addresses the predominantly white audience as: “Dear white people”.

In this way she starts a debate about racial stereotyping, inequality, racism and xenophobia that will ring true to South Africans and cuts very close to our sensitive bones.

At this very moment in time in our country, it is a little difficult (if not awkward) to laugh at this subject frequently brought up in stand-up comedy shows, even if it has been written and directed as a good natured yet hard-hitting satire. So viewers beware: it is an uncomfortable sit. And even though it makes relevant and timely statements that should be heard by all races, it is a bumpy ride in which viewers are thrown between prickly pears of conscience and politics.

It also contains the most warnings I have yet seen after an age restriction, so it is not your average easy-going commercial popcorn movie for the long weekend. It makes serious social and political comment and even though one chuckles at some scenes, it is strongly flavoured and often hard to swallow. You go at your own peril.