Putting Matatiele on the map

When Matatiele appeared on our screens a few weeks ago, it seemed to be yet another African version of Romeo and Juliet. 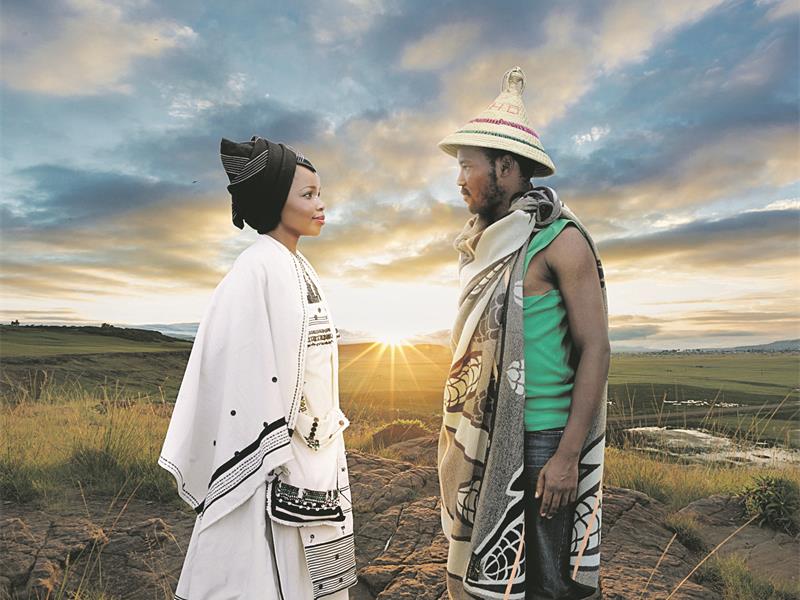 Two families who despise each other find themselves in a difficult predicament when their children fall in love. In this version one family is Xhosa and the other is Sotho and both live in the rural Eastern Cape. Right off the bat the new drama series directed by Rolie Nikiwe seemed to be predictable and lacking in creativity, especially since Mzansi Magic’s Isibaya is also an African spin on the William Shakespeare classic. But there is a reason why the series has been trending on Twitter almost every evening it’s aired, says the show’s leading actress, Zimkhita Kumbaca.

“People are hungry for stories about our country’s rural areas. I’ve had a lot of people tell me they didn’t know there were still places in this country which are untouched by modernisation. Places where young boys and girls are still riding horses and wearing blankets.”

Kumbaca believes Matatiele tells a story much more important than that of two people falling in love.

“The show sheds some light on the relationship between the Xhosa and Sotho people who live in Matatiele. It’s so important for us to tell stories of who we are as Africans so we can keep our cultures alive.”

Having worked mostly in theatre, Matatiele is Kumbaca’s first major role on TV. “I didn’t think I would get such a big role so early in my career,” says the 27-year-old from King Williams Town. “I did some theatre work in Johannesburg after studying at the Tshwane University of Technology, I had always dreamed of being a well-respected actress, but somewhere along the way I forgot all about the dream and went home to the Eastern Cape. Trying to make it in Johannesburg was hard, so I thought it best to go home and think really hard about what I was going to do about my future.”

When casting agents called her to audition for the role of Nonhle Sanqu, she couldn’t believe it. “I thought it was a hoax or something,” she says with a laugh. “I didn’t tell anyone about the audition until I was certain that it was actually real.”

Kumbaca is sure her role in Matatiele is only the beginning of great things to come for her. “This role has ignited my passion for acting again. Now I can actually say that I’m a TV and theatre actress – two hats that I wear proudly.”

Asked whether she believes local productions get enough recognition in our country, Kumbaca says: “No, there are still a lot of people who just believe that international programmes are better, but this can be changed. It’s also the responsibility of actors to promote local content. It’s not enough to just do your job onset and expect the rest to take care of itself. Actors need to be involved when it comes to getting people to appreciate our arts.”