As the country yesterday celebrated National Youth Day with various activities, Soweto took an unusual turn with a skateboard competition. 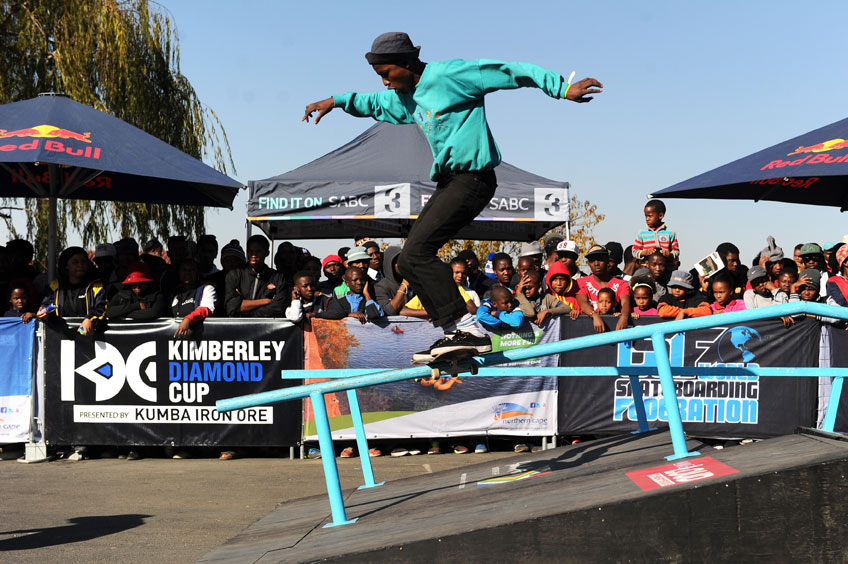 Sketchy Masilo (from Soweto) skates at the Skateboarding for Hope event at Phefeni High School in Soweto, 16 June 2015, as part of Youth Day Celebrations organised by the Kimberley Diamond Cup and 5FM. Picture: Michel Bega

Organised by Kimberley Diamond Cup and 5FM, young people gathered to commemorate the youth of 1976. The skateboarding competition attracted competitors as young as 12, but the big guys came up tops. Durban’s Khule Ngubane walked away with R5 000 as the overall winner and also earned R200 for his skateboarding tricks: side-nose blunt and front-side overcrooks.

They spoke about Youth Day, answered questions and shared some of the highs and lows they have experienced. Maseko said it was high time the youth stopped blaming the government for everything.

“As young people we complain about work opportunities. What is so important is to find what you are passionate about. Attach yourself to that, sometimes it’s those little things that grow you,” she said.

Maponyane told the youth to establish how best they could use their talent to their benefit. “If you really love what you do and you’re good at what you do, do it,” he said. Von Memerty advised not focusing on negative opinions.