Bonnie Mbuli is disproving all the naysayers

Bonnie Mbuli's schedule is much like my own – filled, erratic and relentless.

This meant tying down a date for our interview proved challenging. We managed a short chat over phone, but it was enough to get a feeling of the kind, sympathetic and driven woman she is. It is because of traits like these, together with her growing success as an actress, model and presenter, Mbuli was deservedly named the Glamour women of the year readers’ choice winner.

Her career began as a serendipitous chance meeting of being in the right place at theright time. Spotted at a bus stop by an agent scouting talent at a local school, Mbuli, known for her beauty, was asked to come in for a screen test. Uncertain, she went along anyway, paving the way for a glorious career.

She laughs and say: “I was only 13. I hadn’t even thought about what I wanted to be or do. I was very quiet and shy, borderline on being a geek.” Looking back on 23 years in the industry, Mbuli is “honoured” to achieve this accolade and points out it’s been a combination of hard work, reinventing herself and staying relevant. “It’s so reaffirming. It means people are still taking notice and appreciate what I do,” she says.

Fighting a lack of confidence in her younger years, the actress has come a long way since then and hopes to be a role model for young South African women. “You’re not born with the confidence to do what I do,” she says. “You get rejected by all kinds of people. I remember once being singled out at a modelling audition and told ‘you’re so short, what are you even doing here?’

“Another person told me I had awful skin and I would never make it. I was only a teenager. But you got to get back on the horse and keep going. Keep fighting for what you believe in.” Mbuli is the sort of person that if you tell her something can’t be done, she will prove you wrong. 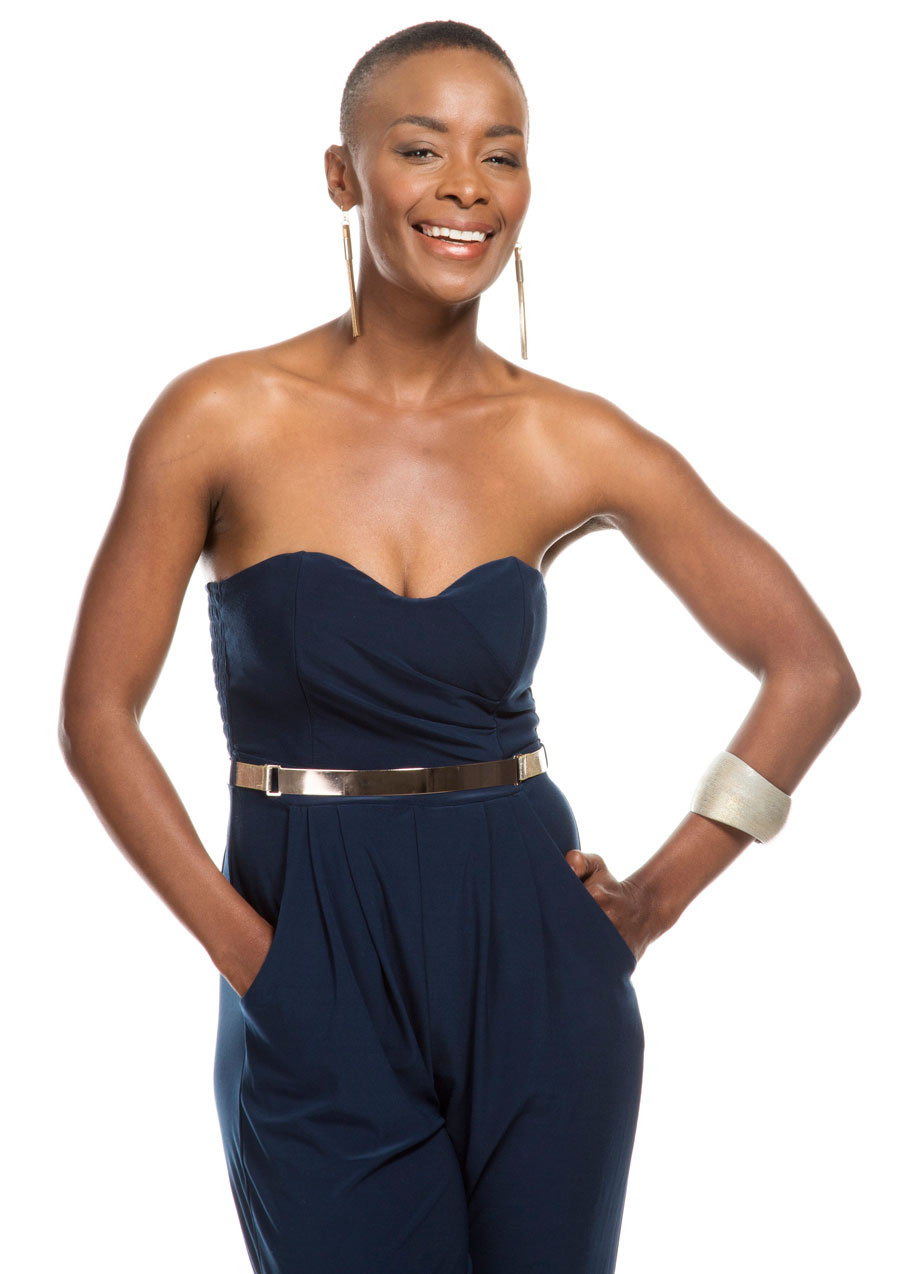 “I like to see myself as a character in a book,” she says. “They can always achieve anything.” She credits her mom for much of her success, saying: “My mom taught me about the kind of person I want to be. She was always so driven, so positive and full of tenacity.

Women, says Mbuli, have “a unique capacity to nurture and forgive. Women have such big hearts and carry so much. They are multi- dimensional, not just a mother, not just a teacher, not just a caregiver or hard worker, they are all these things.

“I’m always amazed at what women do and how they get there.”