Joost van der Westhuizen was the prince of SA rugby. 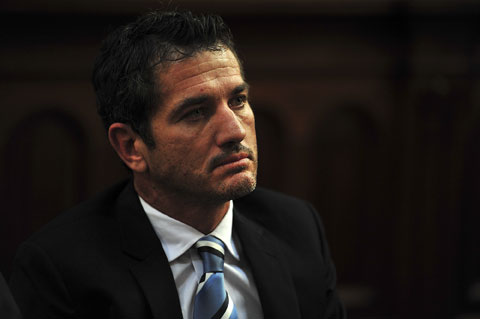 He was handsome, charismatic, frequently seen in public at glamorous events, served as a role model to many youngsters and married the beautiful Amor Vittone. This power couple continued to rule the SA glamour scene and was described as SA’s own version of Posh and Becks – David Beckham and his wife, Victoria Beckham. The country needed them, especially on our glamour pages.

But then a sex scandal hit Joost and raged on, especially on the covers of Afrikaans newspapers. The public was divided, although a lot of Van der Westhuizen’s fans stood by him. Soon thereafter Van der Westhuizen was diagnosed with Motor Neuron’s Disease (MND) – and this documentary pays tribute to his fight against the disease and his refusal to go into victim mode.

Odette Schwegler’s film centres around his battle against the illness, the toll it took on his career and his family life and how it eventually almost destroyed him. But he continues his fight and is still an inspiration to others suffering from the same disease.

For readers expecting that this film will dwell over the more sensational elements of his life – this is not what it is about. It examines how he handled MND, his public appearances about the disease and the treatment he received. But the film also reminds viewers of his triumphs on the rugby field and pays tribute to one of the best rugby players SA has ever had. For anybody wanting to learn more about MND or who wants to remember Van der Westhuizen’s glorious moments on the rugby field – there are many scenes depicting his rugby history and this documentary is recommended for them.

When asked to respond to the fact he was struck down by the disease, Van der Westhuizen responded: “Why me? It is simple. Why not me? If I have to go through this to help future generations, why not me?” And that also sums up the movie.

Barbarians game against Samoa cancelled
1 hour ago
1 hour ago

Barbarians game against Samoa cancelled
1 hour ago
1 hour ago