Forget mineral wealth, the artistic wealth of mining is the new topic that needs to be explored, thanks to artist Jeannette Unite.

This weekend she is part of two major exhibitions in Johannesburg, both featuring her signature style of using the bounty of Planet Earth, industrial sights and mining. Until September 30 some of Unite’s work is on display at Constitution Hill’s Between Democracies – East Europe and South Africa exhibition.

Pieces on display at the exhibition are rooted in law, where she is opening a narrative about mining laws and South Africa’s mining systems. This might sound politically charged, but the truth is she is exploring a specific bit of South African history that ties in with the theme of how the country’s democracy was shaped.

Her work will also be on display at Arts on Main in Maboneng until September 15 as part of Joburg Art Fair Fringe. Unite will there again exhibit some of her pieces focused around mining and industrial spaces – themes she has been lauded for.

Geology and the earth have always been on top of Unite’s artistic repertoire. “I find industrial sites gorgeous,” she laughs. “Everyone else goes to beaches, I go to old mines.” She’s travelled extensively to remote areas of Africa and has used these trips to collect rock and mineral samples to create a wide body of work. There is a strong theme of people taking too much from the earth. 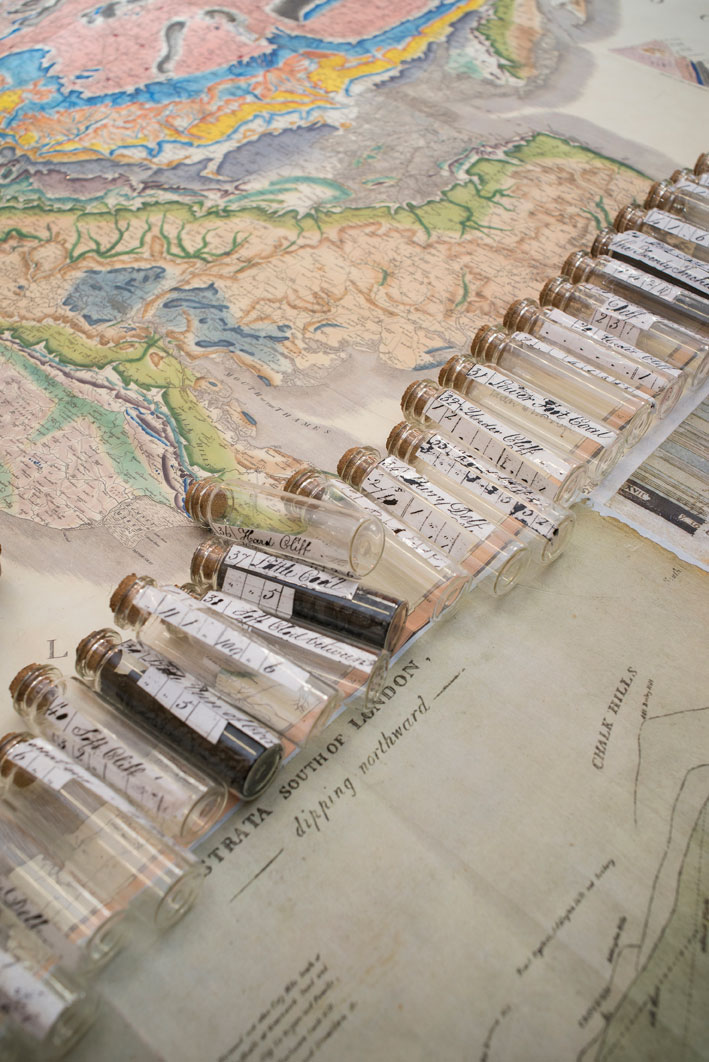 Her canvasses depicting mines are a common sight for anyone that has taken a road trip anywhere in South Africa where closed mines are regularly spotted next to the road.

“I hate wasting, everything I use is recycled. But I know my complicity. I’m also the end user of mining. The same things that get mined I use in my paints for example.” She’s had a long-standing love affair with geology and it is part of her new body of work for Complicit Geographies, an exhibition planned for England in October.

Unite’s ongoing focus on mining, minerals and earth means she is in a prime spot to provide insights into human activity on land measured, regulated, mapped and divided.

She is taking her vast collection of images relating to industrial landscapes, her deep interest in mining and its impact on the land, and her great pleasure in colour and materials to that exhibition. “When you realise how old the earth is you get vertigo to think about it,” she says. 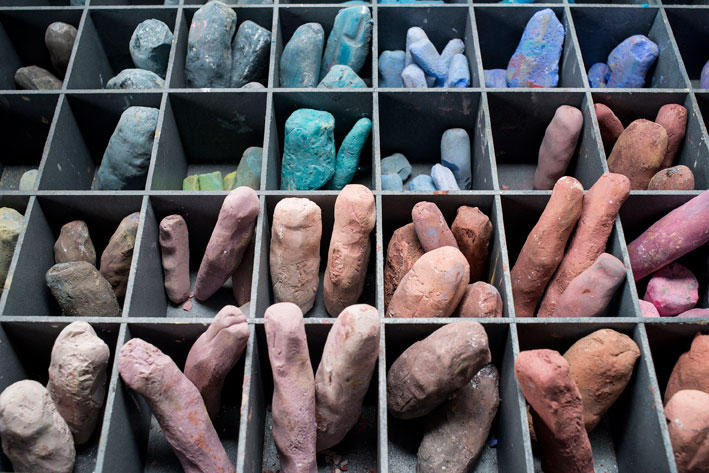 Complicit Geographies focuses on an exploration of the soils of deep time, framing an investigation into subterranean Britain through the William “Strata” Smith archive at Oxford University’s museum.

Unite was able to study the first soil map of Britain – and has been studying it since.

She’s taken a heavy dose of inspiration from the archives of Oxford University on British land.