"Everything inspires me to want to heal the world with my voice." 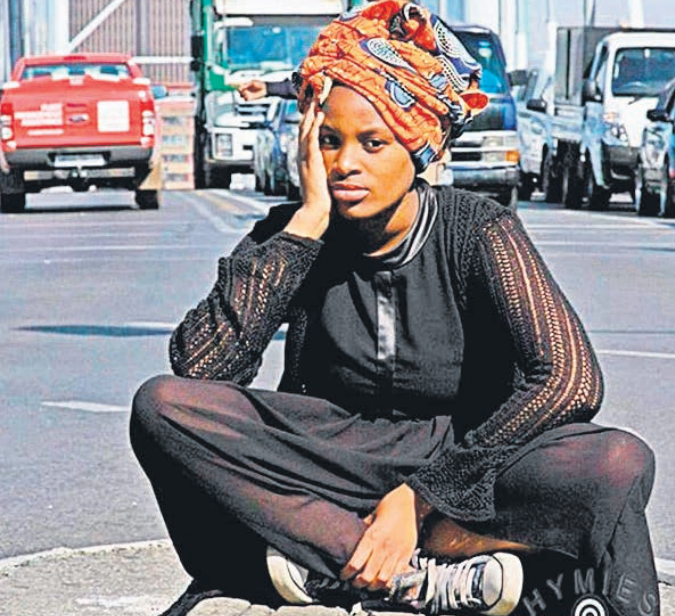 Poet Mantala Nkoatse, 23, from Alexandra describes herself: ‘A loving social artist or art activist because I do social work through art and host intellectual dialogues based on issues that are meaningful to our society’. Picture: Hymies Eagle Eye

A 23-year-old poet from Alexandra Township has shown that childhood dreams can become reality. Mantala Nkoatse’s dream came true when her book, Psychological Cripple, was published less than two years ago.

Psychological Cripple is a compilation of 30 poems which she began writing from the age of nine. It has been sold in South Africa, the US and Nigeria through social media and word of mouth. Nkoatse is working on a poetic photographic documentary with Hymie Popo Sokupha and Tumi Shai, popularly known as Shai Freechozoid. They will host an exhibition later this year.

She had to this to say about her next book: “You should expect your thoughts and soul to be fed, inspirational and tapping off your comfort zone through poetry and photography.” But where did it all begin? “I started writing at the age of nine inspired by fairy tales,” she says.

“Since then, I’ve been a diary entry girl and I discovered the poet in me when I was introduced to hip-hop at the age of 15. Poetry is a form of expression. I’m inspired by my soul, my spirit, my thoughts and my surroundings. Everything inspires me to want to heal the world with my voice. he world with my voice.

“In my life, I’ve written so many poems but this book is an anthology of 30 poems. One of the poems that is close to my heart featured in this book is Emotional Me. It is a poem about a girl child who was forced into marriage. In it, I’m narrating the challenges that the child went through while in this marriage.” 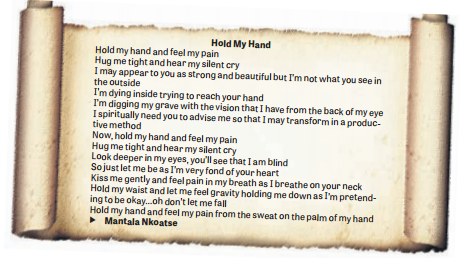 Nkoatse believes people need to be fully aware of who they are and love themselves “enough to learn to love others the way they should be loved”. She adds all individuals are crippled psychologically and they will not heal until they accept their flaws. Nkoatse stresses that people should accept they need healing in order to receive it.

While growing up, she says, “I was what some people would call a geek. I mostly had a book in my hand. My dad taught me to read at an early age. He always brought newspapers and I would read almost every day. I would ask questions and for explanations of terms that I did not understand. I added to my vocabulary then translate to my readers, who were mostly my adult friends and family members.”

The youth whose “life has been covered by melodies and beats as music is diverse in Alexandra Township” says one of her high points was using her poetic gift for an opening performance with other artists prior to President Jacob Zuma’s speech during the Centenary of Alexandra celebration in 2012. She describes herself as a “loving social artist or art activist because I do social work through art and host intellectual dialogues based on issues that are meaningful to our society”.

Nkoatse says she needed to encourage people to love, accept, respect and be aware of who they are through her story and poetry. Apart from writing poems, she was introduced to acting at the age of seven while she was a pupil at MC Weiler Primary School, and later to ballet. “My upbringing was based on learning the important things that money can’t buy, such as morals, trusting and believing in God, respect, falling and rising.”

She has done a short course on constitutional law and human rights regarding her social art work.