While I support promoting Afrikaner culture in South Africa through the arts, this film version of Stuur Groete Aan Mannetjies Roux (Send Greetings To Mannetjies Roux) comes at an inopportune time, following on the heels of a long list of local films also taking place in the Karoo. A NEW PERSPECTIVE. Ian Roberts muses about the past in tStuur Groete Aan Mannetjies Roux.

First a song, then musical theatre and now a film, this story will get bums on seats purely thanks to singer Laurika Rauch’s stature. But beyond that, is it worth fussing about?

If you’re expecting a musical, this is not it. The film is different to its theatrical counterpart. It still uses the music of Bauch in the background, but in this context the music is ineffectual in adding any dramatic effect. Though slow and sometimes hindered by poor dialogue, the film has a strong underlying message – behind every truth there are a few white lies – which shines through. 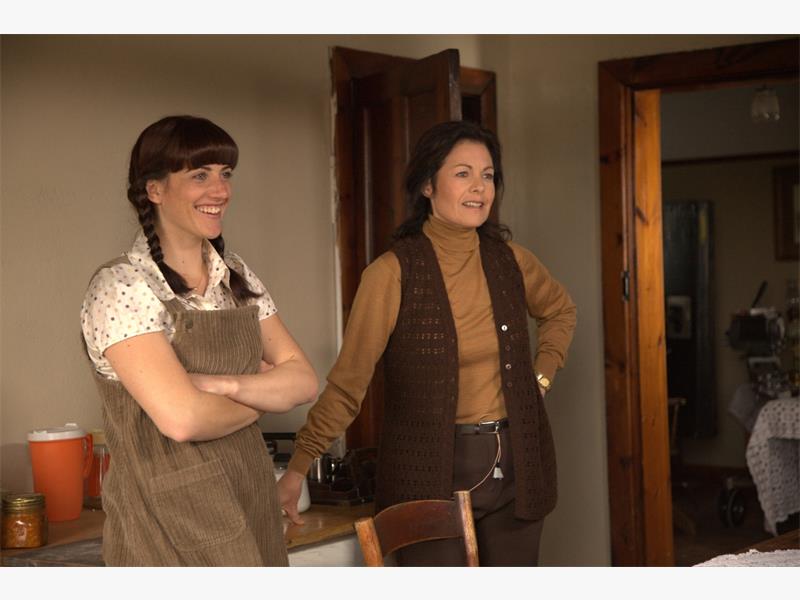 Narrated by Rauch, the story connects the present day to the early Eighties. A teenage girl, Engela (Lizelle de Klerk visits her uncle Frans (Ian Roberts) and aunt Koba (Anna-Mart van der Merwe) during the school holidays. Their isolated little farm house is all about wooden rafters, oil lamps and conversations around the dinner table.

The scenery comprises miles of sand with little to soften the harshness, but it’s beautiful in its own way. A stranger called Toemaar arrives on the farm and begins building a wall, without the farmer’s consent. Engela suspects there is a connection between her arrival on the farm and that of the stranger and begins a journey of self-discovery. There’s a dark side to what she learns, uncovering years of untruths swept under the carpet. It’s a heartfelt story that ends on a happy note, promoting honesty and hope.