Ruphin Coudyzer's camera has served to document some of the theatre's most iconic productions: from the late seventies – a time when protest pieces were staged as defiant campaigns against the oppression of the mind – to post-revolution pieces, as playwrights began to make sense of the new dispensation. 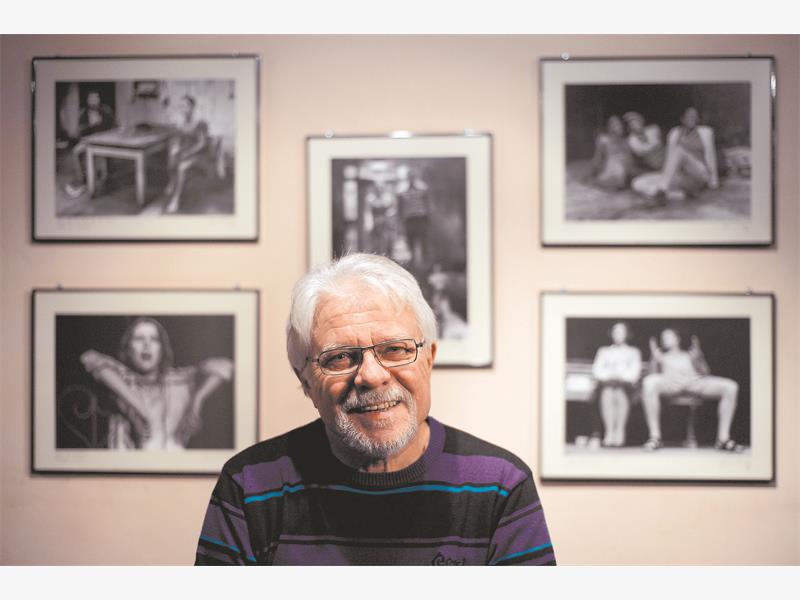 DOCUMENTARY. Coudyzer's work serves as a reminder of history at the Market Theatre. Picture: Refilwe Modise

Ruphin Coudyzer’s collection adorning the walls of the Market Theatre depicts some of the finest thespians ever to deliver lines at the iconic theatre, including the late Ramolao Makhene, Mbongeni Ngema, John Kani, Sello Maake Ka Ncube, Robert Whitehead and Thoko Ntshinga.

“I remember when Mbongeni Ngema was thin and energetic,” Coudyzer laughs, recalling some of the struggle productions of the day.

“He is bigger now, but he is still energetic – as you saw in The Zulu recently.

“The eighties was a strange time because the protest theatre was mostly watched by white audiences and not a lot of black audiences came. I’m not sure why, but we had the John Kani’s and Mbongeni Ngemas who were performing at the theatre.

“But multi-racial plays were present with John Kani who did Mies Julie with Sandro Prinsloo, and such plays were controversial. I think he (Kani) go into trouble with the law because of Mies Julie.”

Ruphin Coudyzer’s images distinctly capture the moment and tell a story of a production in a split second.

Sello Maake Ka Ncube is one of Ruphin Coudyzer’s favourite actors to photograph.

“I treat theatre as a slice of life which is condensed,” Ruphin Coudyzer says.

“Theatre is life – but it has been shortened to an hour or so.

“And there are these moments during the piece in which people interact.

“What is interesting is that I catch these moments between people – and that is what stimulates me. That is why I am still doing it,” says Ruphin Coudyzer.

“Over the years there have been some plays that stand out for me, but the quality of the plays at the Market Theatre has been consistently very high.

“The Suit was an amazing play, The Island and Asinamali were great – but to single out particular plays would be very difficult. Hello And Goodbye by Athol Fugard was good, and Have You Seen Zandile with Gcina Mhlophe was also one of the most memorable.

Coudyzer has also documented theatre during the transition from oppression to democracy.

“Personally I enjoy serious plays about life and not so much of the intellectual stuff.”

Coudyzer has witnessed the transition from protest theatre to today’s generation of theatre practitioners.

“Today’s writers and directors have emerged with their own interesting stories that continue to capture the imagination.”