Since it was first announced theatre supremo Bernard Jay had secured the non-replica rights to Sister Act, showers around South Africa have been filled with the strains of Whoopi Goldberg's version of Oh Happy Day. 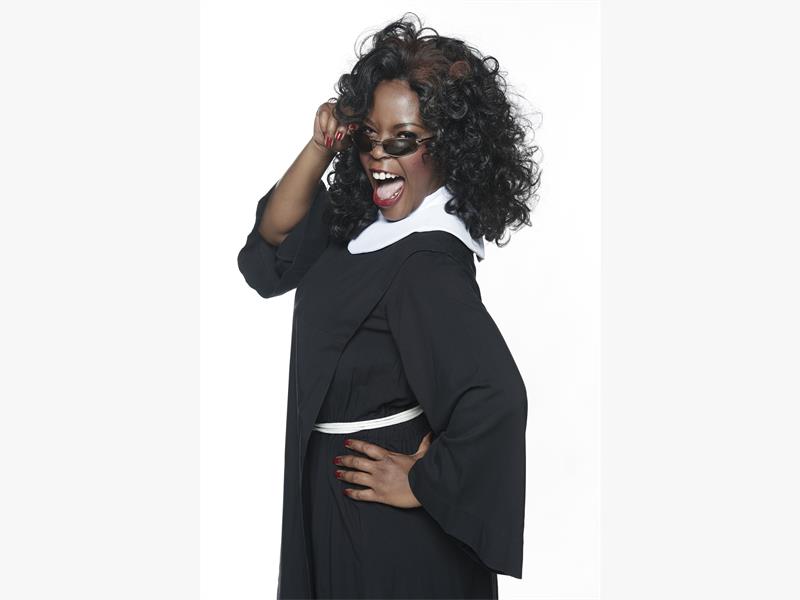 Candida Mosoma is probably singing the loudest. The talented actress will play the coveted role of Delores van Cartier, the lounge-singer-turned-nun made famous by Goldberg in the 1992 movie. “I’m very excited to be a part of the show!” she says. “I’ve always been the supporting actress, but never the lead. This new role feels like a new chapter in my life.”
It’s about 11.30am when I call Mosoma and I’ve caught her at the end of a nap.

She’s currently starring in Madame Zingara in Durban, which usually ends at about 11pm. Even after her late night she was at the gym at 6.45am. She’s already preparing for her new role by joining an hour-long training class at the gym.

“I push my body to the limit during that hour. The first week was killer!” Mosoma says with a throaty laugh.

Taking on an iconic role like this one is no mean feat. However, Mosoma’s biggest critic will probably be herself.

“Because I am a perfectionist, I feel pressure coming from within,” she says.

“I am the one who has to be better than me. I can be my biggest ally or my biggest enemy.

“If I said I was better than everyone else then my journey would be over. Every day is a school day for me – and I strive to be one of the best.”

She feels playing Delores will give her a platform to showcase local talent and hopes to encourage a new audience to support South African theatre.

“Going to see theatre shows is something a lot more black people should do.
“It’s so easy for them to go to big social events and they pay an exorbitant amount of money to attend them. If only a fraction of that could be pumped into supporting theatre…
“By getting this role I feel like I’m waving the flag high for black performers.”

Always humble, she adds: “I may not be the best person to play the leading lady – but I am definitely the best version of myself to pull off a convincing performance to embody the flamboyant woman that is Delores.

“It is because I am uniquely me that I stood out to be right for the role.”