Having to act, sing, dance and play comedy roles, you get lost in it.

Many roles suit powerhouse vocalist Timothy Moloi – his starring role earlier this year in Always and Forever: A Tribute to Luther Vandross being one.

But make your way to Joburg Theatre to watch Sleeping Beauty and you’ll find Moloi hamming it up as Sir Poensface Ponce-a-Lot. The name says it all: Moloi is breaking out of his suave exterior in a character that should have you in stitches. Although it seems odd to see Moloi in a role like this, he says: “Sometimes, for me, when a character is so different from who I am, it’s actually easier to not break character.

“It’s easy because I have to commit so fully to the character. It’s me playing a complete character.” On top of that, Moloi and his fellow cast members have to multitask.

“Having to act, sing, dance and play comedy roles, you get lost in it. You end up doing a show with so much energy and you end up feeling it.”

Sleeping Beauty is already causing a buzz. At the opening night last weekend, it was hailed by some who saw it as one of the best pantomimes in years. That could be due to the excitement that, after taking a break for a few years, Tobie Cronje is back as Dame Nora Nursey. Moloi also has the impression theatre-goers were impressed with this year’s production.

“People are very honest and we could feel that energy that they were liking it.

“We were laughing backstage as much as they were … we knew we were selling it.”

This is the second time Moloi has taken on the challenge of transforming into one of the exaggerated characters dreamed up by Janice Honeyman. Two years ago, he starred as Genie in Aladdin. This time around, he got a much goofier role. He says Honeyman is an expert at getting actors to become their characters.

“It’s amazing working with Janice because she just pushes you to be better than you think you are.

“She pushes you to play a character without any reservation and you have to leave your comfort zone. And that’s such an achievement.”

One of Moloi’s favourite characters this year is Cronje. “People love him as the dame. He’s the one character where it’s hard to keep a straight face,” Moloi says.

IN PICS: Behind the scenes of Joburg Theatre's Cinderella
1 week ago
1 week ago 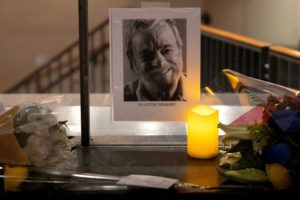 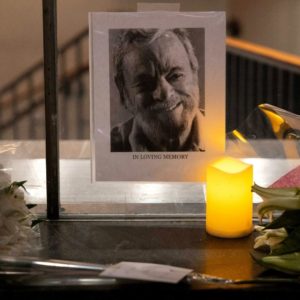 IN PICS: Behind the scenes of Joburg Theatre's Cinderella
1 week ago
1 week ago