It seems the Kani/Mdoda twar on Sunday night was just a rehearsal. 'The Prince of Threatre' has written a full script of the former couple's dramatic break-up. 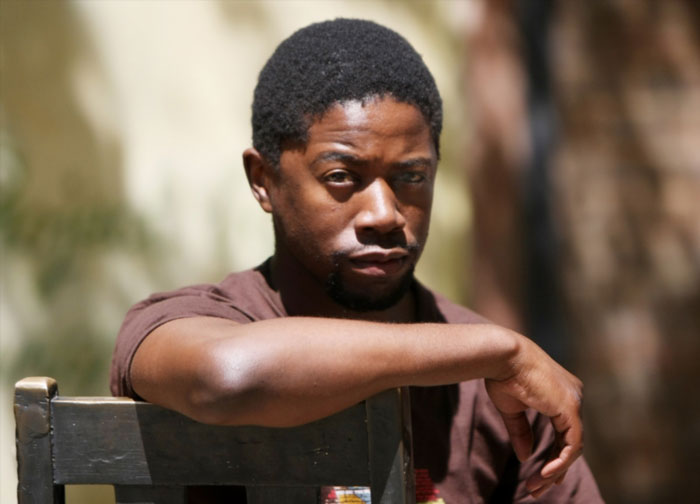 If you thought Kiernan “AKA” Forbes and DJ Zinhle’s drama was bad, think again. All hell has broken loose in the Mdoda and Kani households, with cheating and abuse allegations surfacing … again.

Atandwa “Prince of Theatre” Kani has unleashed an AKA on his ex-wife Thembisa Mdoda in a statement on Facebook, detailing the events that transpired from the day they met until the divorce. Like any other love story, Kani says things were good when he met the Our Perfect Wedding presenter at Wits University in 2004. However, the relationship became an on-off affair, leading to a long-term split, with both seeing other people during that period.

The couple got back together in 2011 and soon after that, Kani says Thembisa told him she was pregnant with his baby. “My immediate response was to request a paternity test once the children were born, because she was intimately involved with another man at that particular time. This request was met with hostility.”

Assuming that he was the father, Kani says he decided to do “the appropriate, befitting and right thing”, which was to support the mother of his unborn child. He however says he would bring up the paternity topic now and then, but would be met with “a continuously growing unwillingness and animosity, even to the point of being threatened I would never see the children if I decided to press on with the issue”.

Fast-forward to 2015 and reports surfaced claiming Thembisa was having an affair and had aborted the said man’s baby, rumours Kani says he denied and even threatened to sue the publication that ran the story.

He says he decided to leave the relationship after a confrontation that landed him a few slaps across the face and threats that he would never see his children again. “Soon after this incident, she told the papers that she had been in an abusive relationship, claiming to have been ‘black, blue and battered’, expressing to her family that I had deserted her and the children.”

This might be the incident that led to the Twitter rant of Thembisa’s sister, Anele Mdoda, lashing out at Kani for running away from his responsibilities as a father. However, things only got worse when paternity tests revealed that Kani was not the father of Thembisa’s twin sons.

“Once this became public knowledge, she denied it and said that the results of the paternity test were inconclusive. This is untrue. As of yet, the only disputes made by her have been to the media, and not to Lancet Laboratories.”

Kani he felt it necessary to “clarify” this information as he wishes to move on with his new life with wife Fikile Mthwalo.

This follows a twar on Sunday night after Kani shared his opinion on Our Perfect Wedding, receiving a backlash from his former sister-in-law and ex-wife.

Before the show started on Sunday, Kani tweeted: “Please be Jessica Nkosi PLEASE!!!!” and later again “YES!!!! it’s Jessica Nkosi, Finally I can watch Our Perfect Wedding … She’s beautiful and talented…” These were the tweets that rubbed the Mdoda sisters up the wrong way.

Thembisa commented, tweeting: “Akho ndoda pha. Ubukhwenkwe obuphindaphindiweyo (There is no man here, only a boy who refuses to grow up).”