Excitement as Nambitha returns to Generations

Since it was reported that Nambitha Mpumlwana will be back on Generations, her fans have taken to social media to express their joy and excitement. 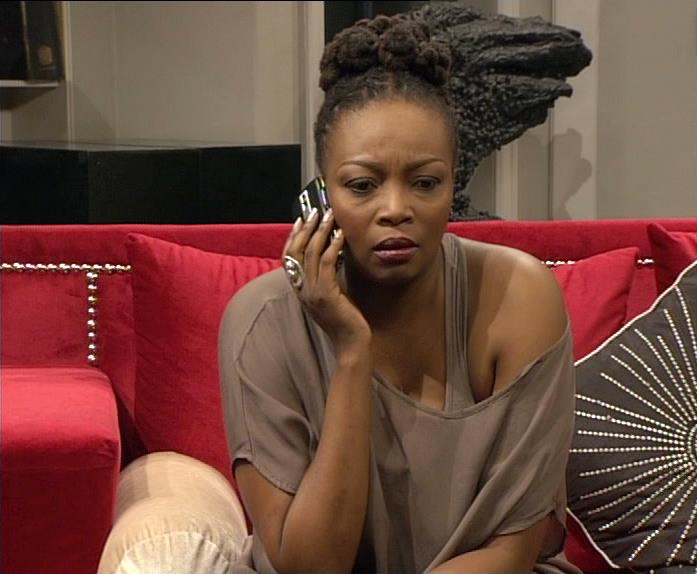 Nambitha Mpumlwana in a scene from Generations.

The actress who played Mawande Memela on the popular soap was apparently booted off the show because of her ‘diva antics’, proving that Generations boss Mfundi Vundla is not afraid to fire anyone who “disrupts the production of Generations”.

During the Generations strike last year, he infamously said “Nobody is bigger than Generations.”

But after firing Luthuli Dlamini who played the much loved Scott Nomvete, there were speculations that the soap needed to do something drastic to keep viewers interested.

Bringing back Mpumlwana would apparently serve this purpose.

Head scriptwriter and co producer of Generations, Bongi Ndaba has denied this, saying Mpumlwana would only be coming back to the soap for a few weeks to “wrap up her story line”.

After that she will leave the soap again.

Ndaba also said the soap was more excited about introducing new actors to the show instead of bringing back old ones.

Either way Mpumlwana’s fans cannot wait to see the actress back in action, with many taking to social media to share their excitement.

LindiweMkhonzaFilms ‏(@LindiweMkhonza): Can we just accept that Nambitha Mpumlwana is the “Commander In Chief” of the screen. She is 2 the arts what Nkosazana Zuma is to politics

While Thabiso Mfoba (@mfabathabzin) could not contain his excitement: @NAMBITHA Generations is nothing without you please come back need your inspiration

Are you excited to have Nambitha back?