Cassper selling sneakers he performed in at the Dome for R100k

The hit maker is looking to make a profit of R80k on a pair of designer shoes he has worn only twice. 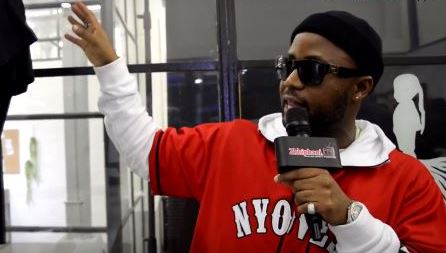 Cassper Nyovest at the launch of his store.

Cassper has opened a clothing store in Newtown, Johannesburg, where he is selling merchandise.

At the launch of the store during the week, he told Zkhiphani.com that the most expensive item in the store was a pair of sneakers he originally bought for R20 000.

“This pair of shoes is called the Maison Martin Margiela, when I bought it, it was R20 000, and I performed with it at The Dome. So on that night I was wearing it for the very first time. I also wore it for the Zulu girls’ video, and I haven’t worn it since.

“This is the most expensive item in the shop. If you are a baller, come down and look at this shoe. I don’t know if you will buy it to wear it, but it will be a piece that the first time an African act filled up The Dome in that shoe,” said Cassper.

Watch Cassper at the launch of his store below

Cassper is added onto a long list of rappers who have decided to release their own merchandise which includes the likes of K.O, Riky Rick, AKA, Ma-E and more.

Nyovest’s fans showed their love and support on his new venture in social media.

The @Shop_FamilyTree is closing at 3 today… You have an hour to get there and get your Merchandise!!! I'm here right now!!! pic.twitter.com/VZ982KNgJs

"It's just simple designs made with quality materials. Nothing hectic. We building slowly" – @CassperNyovest pic.twitter.com/CRmcwc7ZzX

Believe it or not,this thug looking 26 year old is the owner of the shop behind him. Opening tomorrow #DreamsComeTrue #FamilyTreeStoreLaunch pic.twitter.com/Br98pzeclu

Hanging out at the spot yesterday. Doing some interviews. Come check out the store @Shop_FamilyTree pic.twitter.com/nmJM12QYXT

WATCH: Fan breaks down when she meets Bonang