The risque entertainer would rather not perform if it means having to worry about what traditional leaders think. 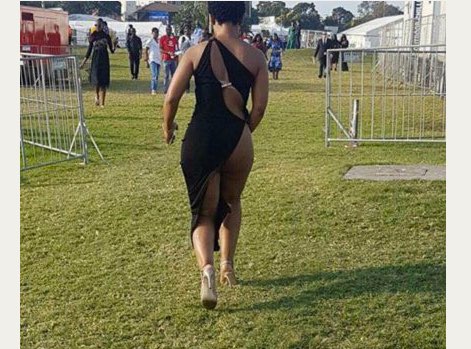 Daily Sun reports that Zodwa Wabantu of Eyadini Lounge fame has been booked to perform in Zimbabwe, but this has apparently come with conservative conditions.

She’s apparently none too happy with the news.

The Zimbabwe Tourism Authority reportedly booked her for a show at a carnival event as the main act – also featuring Babes Wodumo and other SA stars – in Harare to take place on 6 September, but they want her to “cover her essentials”.

The head of corporate affairs for the authority reportedly wants the entertainer to wear underwear, or they apparently stand the risk of offending “chiefs and traditional leaders attending the performance”.

The authority’s chief executive reportedly also told journalists at a press conference in Zimbabwe: “I hope she will have her panties on. If she cannot perform in panties then we don’t want her because chiefs and traditional leaders won’t like it.”

The 32-year-old star was reportedly furious, because she was invited to Zimbabwe despite never having made a secret of how she performs in public.

“They should have left me alone. I’m really not happy. They are out of their minds,” she reportedly said, adding that she felt “abused”.

Zodwa first came to prominence after the Durban July after pictures of her wearing a revealing black dress surfaced on social media. From the pictures, one could tell she was obviously not wearing underwear.